Fr. Flaherty to Be Honored 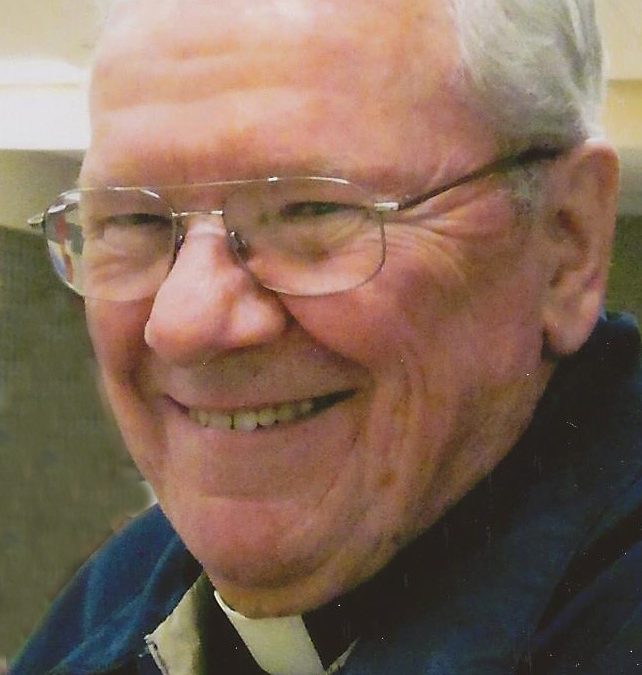 Fr. Leon Flaherty, C.PP.S., will be honored with the Lumen Christi Award by the Diocese of Superior, Wisc., at a ceremony on May 22 at the University of Wisconsin-Superior.

The award is presented each year to someone who lives the values that Superior’s Cathedral School strives to instill in its students. Lumen Christi means “the Light of Christ,” and it refers to Christ as the source of truth, faith, knowledge and character.

Award recipients demonstrate through their lives a commitment to these values, and they show a willingness to share the light of Christ with others.

Fr. Flaherty, a native of Superior, was ordained in 1961. After his ordination, Fr. Flaherty served as an instructor at Brunnerdale, the Congregation’s high school seminary near Canton, Ohio.  In 1970 he was named director of vocations and later became director of formation.  In 1978 Fr. Flaherty was named to the retreat team at the retreat center in Maria Stein, Ohio.

During that time he was also elected to the leadership of the Congregation.  In 1982 he was elected vice provincial director of the Cincinnati province, and to the general curia of the worldwide congregation from 1983 to 1989.

Fr. Flaherty continued his retreat and renewal ministry, moving to Columbus, Ohio in 1989.  In 2000 he entered parish ministry in the Diocese of Superior WI, where he served for nine years.

He is now in ministry at the Cathedral of Christ the King in Superior.  He is also active in The Twin Ports Ministry to Seafarers, an interdenominational service to the sailors working on Great Lakes freighters