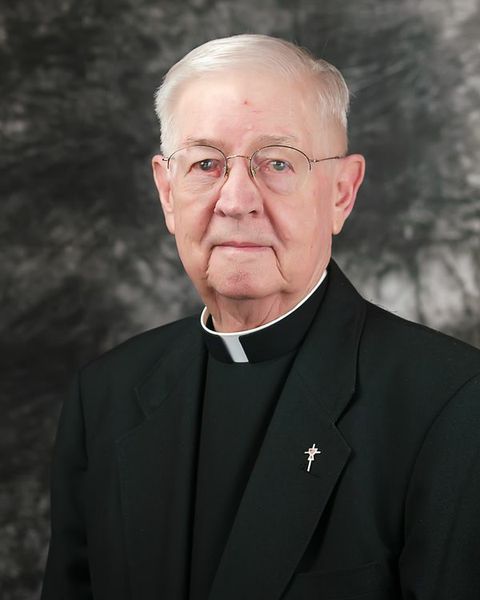 He is survived by his identical twin brother, Br. Gregory Frantz, C.PP.S. The two went to high school together in Cleveland, and to college in Kentucky before they decided to follow their vocational call to become Missionaries of the Precious Blood. They entered the Congregation at what was then St. Charles Seminary. “People couldn’t tell us apart, but that was their problem,” Br. Greg said. “After a while, they got us straightened out.”

Fr. Frantz felt called to ordination as a priest, while Br. Greg was called to life as a religious brother and remained at St. Charles to serve the Community there. They remained close and enjoyed time together throughout their lives as blood brothers and brothers in the Precious Blood, slipping away for a round of golf whenever they could through all those years. It was especially good to be reunited in their retirement at St. Charles, where they lived in apartments next to each other, Br. Greg said.

Fr. Frantz was a gentle, genial soul who truly loved his ministry as a pastor and the people who whom he ministered. He was much loved at the Church of the Nativity, where many people still remember him fondly. He was always ready to listen to anyone who needed to talk, and he was quick with a joke for those who needed a smile.

While there, he also served as the sponsor of the group of C.PP.S. lay associates, called Companions, and continued to keep in touch with them via Skype after he moved to St. Charles.

A Mass of Christian burial was celebrated on Thursday, April 16, 2015, at St. Charles Center, with Fr. Tony Fortman, C.PP.S., officiating. Fr. James Seibert, C.PP.S., was the homilist. Burial followed in the Community cemetery.