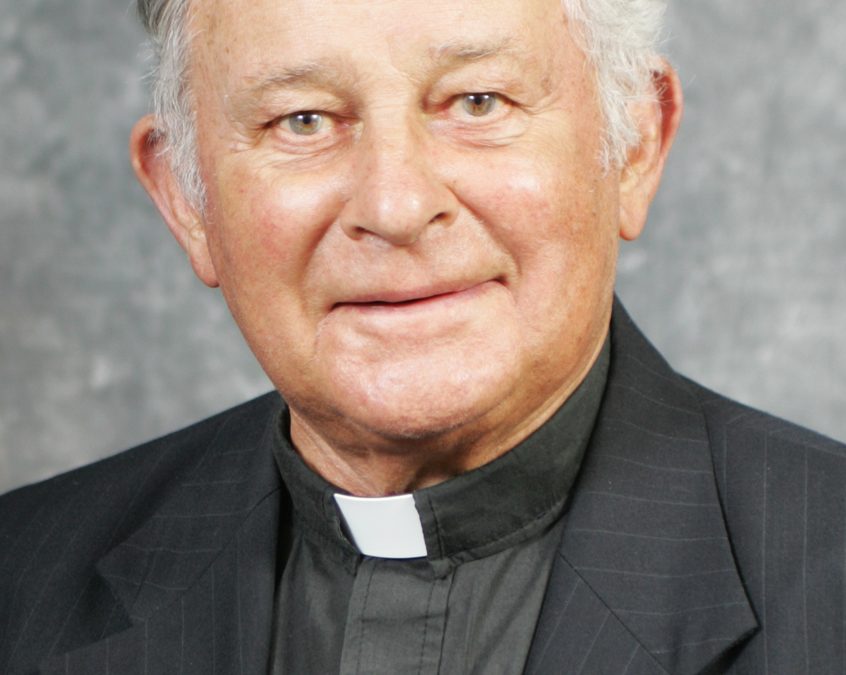 He was born on November 12, 1921, in the small mountain village of Im Fang, Switzerland, to Henry and Marie (Jaggi) Schuwey.

Fr. Schuwey emigrated to Louisville with his family when he was six years old. He entered the Society of the Precious Blood in 1936 at Brunnerdale High School near Canton, Ohio, and was ordained on March 25, 1949. After his ordination, he served at St. Augustine Church in Minster, Ohio.

In 1953, Fr. Schuwey departed for South America, where he served in Purranque, Chile, until 1965, when he was elected treasurer of the C.PP.S. general council in Rome. There, he served two six-year terms.

Beginning in 1978, he ministered to Spanish-speaking people in Solothurn, Switzerland.

He returned to the United States in 1987 served for three years as pastor at Immaculate Conception Church in Hawesville, Ky., and St. Columbia Church in Lewisport, Ky. In 1991, he returned to Louisville, where he administered the diocesan mission appeals program. He spent 10 years there, also assisting at more than 30 parishes.

Fr. Schuwey retired to St. Charles Center in 2003, where he continued to help at many parishes as a substitute as long as his health permitted.

Fr. Schuwey is survived by four sisters: Lucy Lichtsteiner, Sabina Clan and Frieda Schuwey, all of Louisville; and Mary Hamer, Beavercreek, Ohio; and numerous nieces and nephews, great-nieces and great-nephews.

He was preceded in death by his sister and her husband, Olga and Dennis Wiseman; a brother, Otto Schuwey, and his wife, Inga; and three brothers-in-law, Al Lichtsteiner, Jim Clan and Lee Hamer.

Fr. Schuwey was “very spiritual but always very funny,” said Mike Rembold, who is married to the daughter of Fr. Schuwey’s sister, Olga. “He was always ready to celebrate the good times, but he was also there in the bad times, when anyone needed support. He was always ready to be of service; in fact, his whole life was one of service.” His Swiss heritage was important to him and he worked hard to keep his family in the U.S. connected to his many cousins who remain in Switzerland.

Fr. Schuwey was a natural athlete who skied well into his 80s. He also had a gift for language, which was invaluable during his years as a Missionary. Fr. Schuwey spoke English, Switzer-Deutsch, German, Spanish and Italian. Also of great use to him was his adventuresome spirit, Mike said. He often regaled his family with stories of bouncing along rough country roads in Chile in a Jeep.