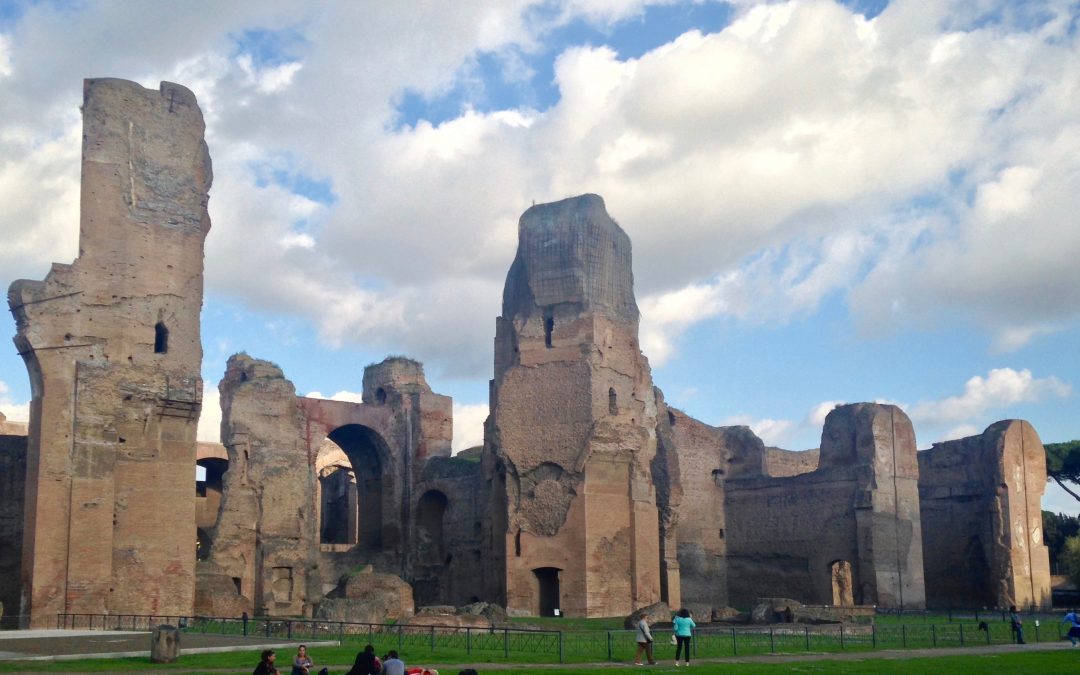 Editor’s note: Fr. Jeffrey Kirch, C.PP.S., ordained in 2004, has served as secretary general of the Congregation for three years. He lives and works at the Generalate in Rome. We checked in with him to see how he was enjoying his assignment. One thing he wanted to stress was that the general council works as a team, and he’s there to assist their efforts in supporting the worldwide Congregation.

When you were in advanced formation, or maybe even before that, how did you envision your life as a priest? Did you picture yourself as an academic, perhaps like C.PP.S. role models you met at Saint Joseph’s College?

Throughout my time in formation, I had always been interested in the education apostolate, especially at Saint Joseph’s College due to the Core program. Our ministry at the collegiate level offers us, the Congregation, the ability to truly form young adults in a manner that is guided by our faith and the charism of the Missionaries of the Precious Blood.

Then when you were asked to change course and go to Rome. How did that feel?

I had some idea of the scope of the ministry at the Generalate due to several opportunities I had while in formation and shortly after my ordination. As a candidate, I spent one summer working with Fr. Jerry Stack, C.PP.S.,  when he was secretary general. After I was ordained, I also served as the recording secretary at the general assembly in 2007 at which Fr. Francesco Bartoloni, C.PP.S., was elected moderator general. At that time, he asked me to consider serving as secretary general. However, I had just started my doctoral program at Loyola University so the timing didn’t work out.

After the election at the general assembly in 2013 I was once again asked to consider serving as secretary general. I was teaching full time at Saint Joseph’s College and finishing my dissertation. I thoughtfully and prayerfully considered the opportunity and came to the conclusion that I could best serve the Congregation as secretary general.

What’s it like to embrace a new culture, different food, a new language? How’s your Italian?

I love history and so the opportunity to live and minister in the city of Rome has been a wonderful experience. The Italian culture is obviously different from the American culture. But when it comes to the people, their cares and concerns, there are many similarities.

It was important for me to try to learn the Italian language, both for my ministry and for everyday practicalities. I enrolled in language school and I am comfortable reading and writing in Italian. Speaking a foreign language is always more difficult than reading and writing; however, I do my best and usually can get my point across to whomever I’m speaking to. I definitely am not able to have deep philosophical and theological discussions in Italian, but I can ask for the restroom.

Beyond that, how do you like your work? How do you see yourself advancing the Congregation? What’s it like working with people from a lot of different cultures? What is the common thread that runs through the Missionaries around the world?

My ministry at the Generalate is hard to sum up in a few sentences. My primary tasks involve making sure the administrative functions of the Congregation run smoothly. I deal primarily with keeping records, but it’s more than that. Each of those records, such as a request for an ordination, or a request to leave the Congregation, or the writing of an obituary, represents a real person. So I approach these sort of tasks as if I was dealing with the person face to face.

In addition to the paperwork I also am tasked with writing and posting brief articles on the website concerning news from around the Congregation.

I am also responsible for editing the bi-annual publication, The Cup of the New Covenant, and managing the general council’s social media efforts.

Another significant component of my ministry is to keep minutes of all of the general council meetings and to be a support for the members of the general council in their work. For example, this past summer, one day I was finishing up typing a bi-lingual prayerbook to be used for a formation workshop and the next day I was printing address labels for the birthday cards that the moderator general sends to all of the members.

From the vantage point of the Generalate, where you can have somewhat of a bird’s eye view of the whole Congregation, the thread that is most discernible is a deep commitment to ministry that is informed by our specific charism/spirituality. Each of the provinces, vicariates, and missions, in their own particular context, truly is inspired by the charism of St. Gaspar to proclaim the reconciling power of the Precious Blood of Christ. This rich variety in our spirituality and ministry can be seen at all of the international gatherings.