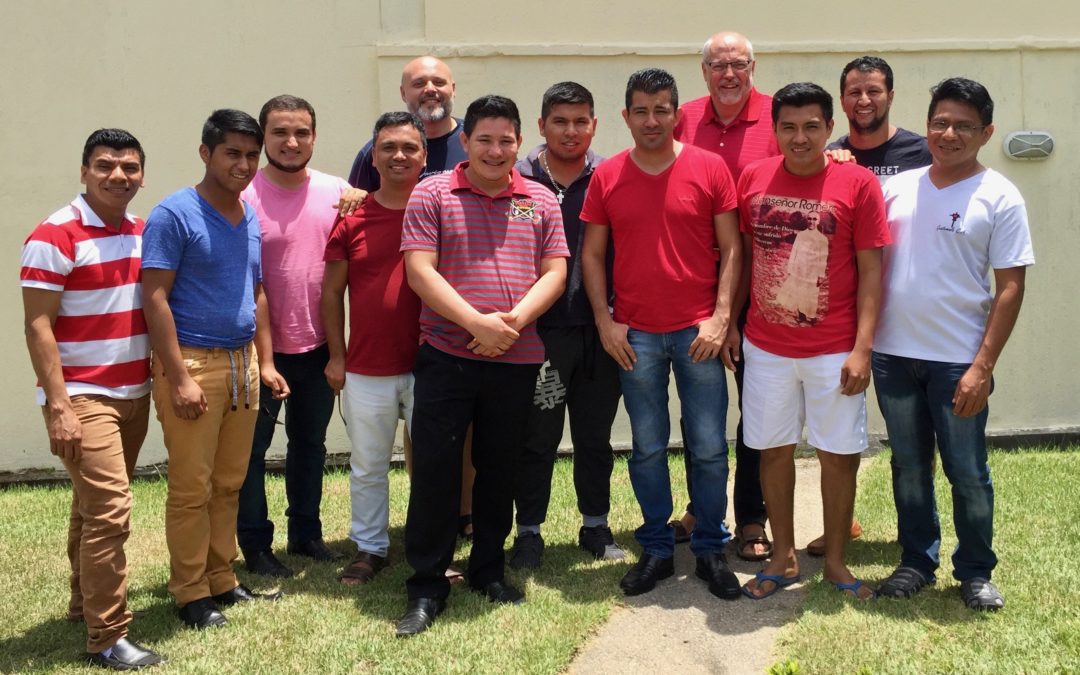 The Moderator General had an opportunity to visit with candidates in the Special Formation Program in Brazil.

This year, 10 seminarians participated in special formation in Brazil. They came from El Salvador, Colombia and Brazil. Many members from Latin America, as well as the vice moderator general, visited them during the year to share with them the patrimony of our Congregation. The seminarians had many experiences of mission and came to know the different pastoral sites of the Brazilian Vicariate.

The true richness of the program though, was the integration between them and their sharing of their cultures and personal histories. The program ended in November with evaluations and the seminarians writing to their provincial directors, asking to be accepted as temporary members of the Congregation.

In Bogotá, the academic year came to an end. Two seminarians finished their thesis and completed their studies of theology. Others who were studying courses in the religious conference as aspirants are now enrolled at the university. They will begin their studies of philosophy in January. There are other men who have shown interest in joining us for initial formation and have been in dialogue with one of our members during the year. They will enter the house of formation as the year begins.