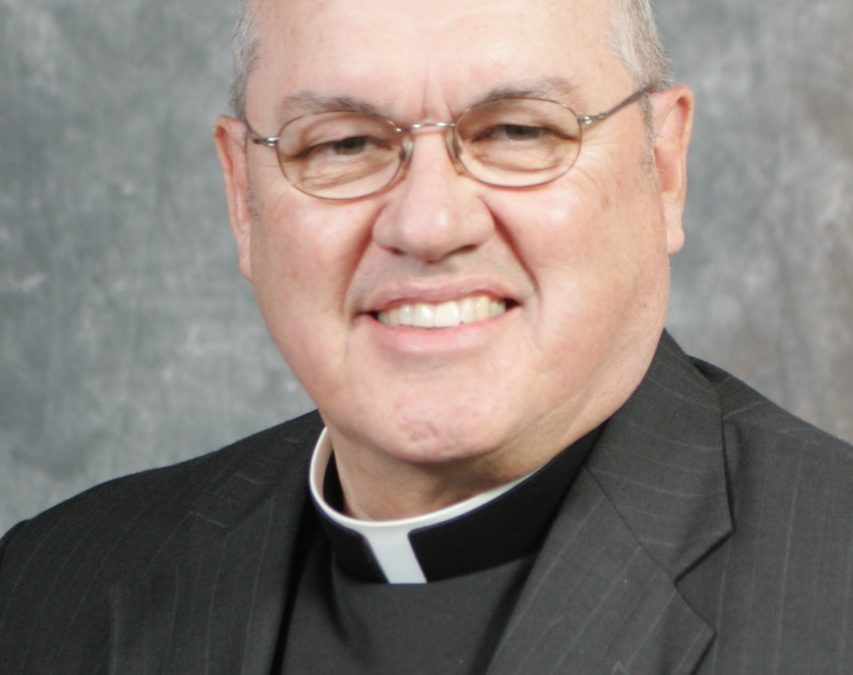 Fr. Ken Pleiman, C.PP.S., received his fourth degree from the Knights of Columbus on February 3.

Fr. Pleiman, who is in ministry with Dayton’s Region Seven parishes, also serves as chaplain for K. of C. Council 500 in Dayton.

“The Knights encouraged and endorsed my participation in this degree,” he said. “My father, Albin, was a Fourth-Degree Knight and in my youth I saw his dedication to the fraternity and the service that the members gave to both Church and community. It was an honor to follow his footsteps and be nominated for this degree.”

There are four degrees or steps in the journey of one who becomes a Knight of Columbus, Fr. Pleiman explained. Each step is associated with a virtue that exemplifies one of the four principals of the order: charity, unity, fraternity and patriotism.

The Fourth Degree, or Patriotic Degree, reflects on the ideals of Catholicism and citizenship and how they can be promoted and strengthened for the good of the Church and the nation. “It’s often considered the honorary degree because you see the Fourth Degree members in many Church ceremonies, Eucharistic processions, and patriotic community events, visibly present in their uniform of tuxedos, capes and swords,” he said. “This ministry supports Catholic men and their spiritual growth as they witness their faith in the Church and in the community.”