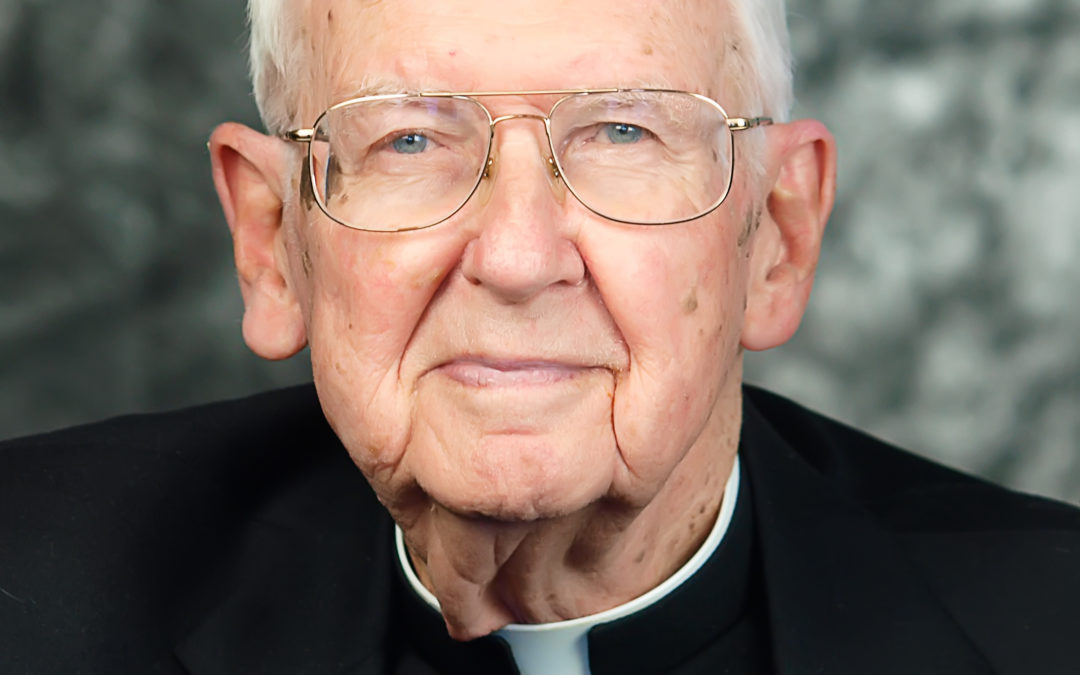 Congratulations to Fr. Thomas Beischel, C.PP.S., who this year is celebrating the 60th anniversary of his ordination.

Fr. Beischel, 92, a native of Cincinnati, entered the Society in 1949 and was ordained on June 1, 1958. For many years he was a hospital chaplain, and has also been active in parish ministry.

After his ordination Fr. Beischel was named assistant pastor of Precious Blood Church in Fort Wayne, Ind. From 1961-1966 he was the treasurer of Brunnerdale, the Community’s former high school seminary in Canton, Ohio. He became a hospital chaplain in 1966, serving for many years at St. Elizabeth Hospital in Dayton; St. Rita’s Medical Center in Lima, Ohio; and Providence Hospital in Cincinnati. In 2000, he became a chaplain at the Dayton Heart Hospital and also served at St. Albert the Great Church in Dayton. In 2008, he retired to St. Charles Center in Carthagena, Ohio.

Fr. Beischel’s anniversary, along with the milestone anniversaries of 12 other Missionaries of the Precious Blood of the Cincinnati Province, signifying hundreds of years of ministerial service to God’s people, will be celebrated in a special liturgy on July 2 at St. Charles Center.