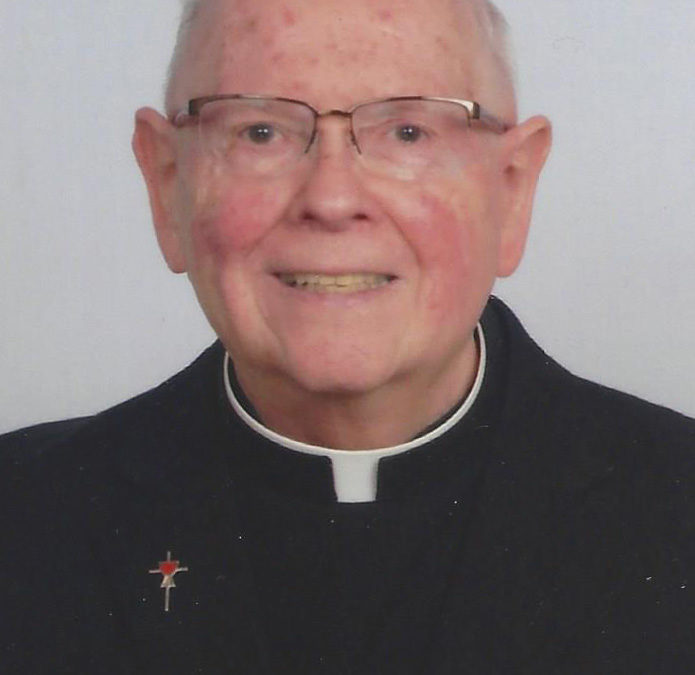 Congratulations to Fr. Leroy Moreeuw, C.PP.S., who this year is celebrating the 50th anniversary of his ordination.

Fr. Moreeuw, 81, a native of Detroit, entered the society in 1963 and was ordained on May 18, 1968. He has been involved in parish ministry, vocation work and teaching during his years as a priest.

After his ordination, Fr. Moreeuw became an instructor at Brunnerdale, the Society’s former high school seminary in Canton, Ohio, from 1968 to 1972. In 1972, he was appointed associate pastor of St. Peter Church in Harper Woods, Mich. He first came to Our Lady of Good Counsel in Cleveland as an associate pastor in 1975, and served there for seven years at that time.

In 1982, Fr. Moreeuw was appointed formation director for the Missionaries. He was named pastor of Precious Blood Church in Fort Wayne, Ind., in 1983. In 1996, he returned to Our Lady of Good Counsel in Cleveland as its pastor. He served there until 2010, when he moved to Old St. Mary’s Church in Detroit, where he is senior priest in residence. In addition to celebrating daily Mass, he gives spiritual direction to priests and seminarians.

Fr. Moreeuw’s anniversary, along with the milestone anniversaries of 12 other Missionaries of the Precious Blood of the Cincinnati Province, signifying hundreds of years of ministerial service to God’s people, will be celebrated in a special liturgy on July 2 at St. Charles Center.