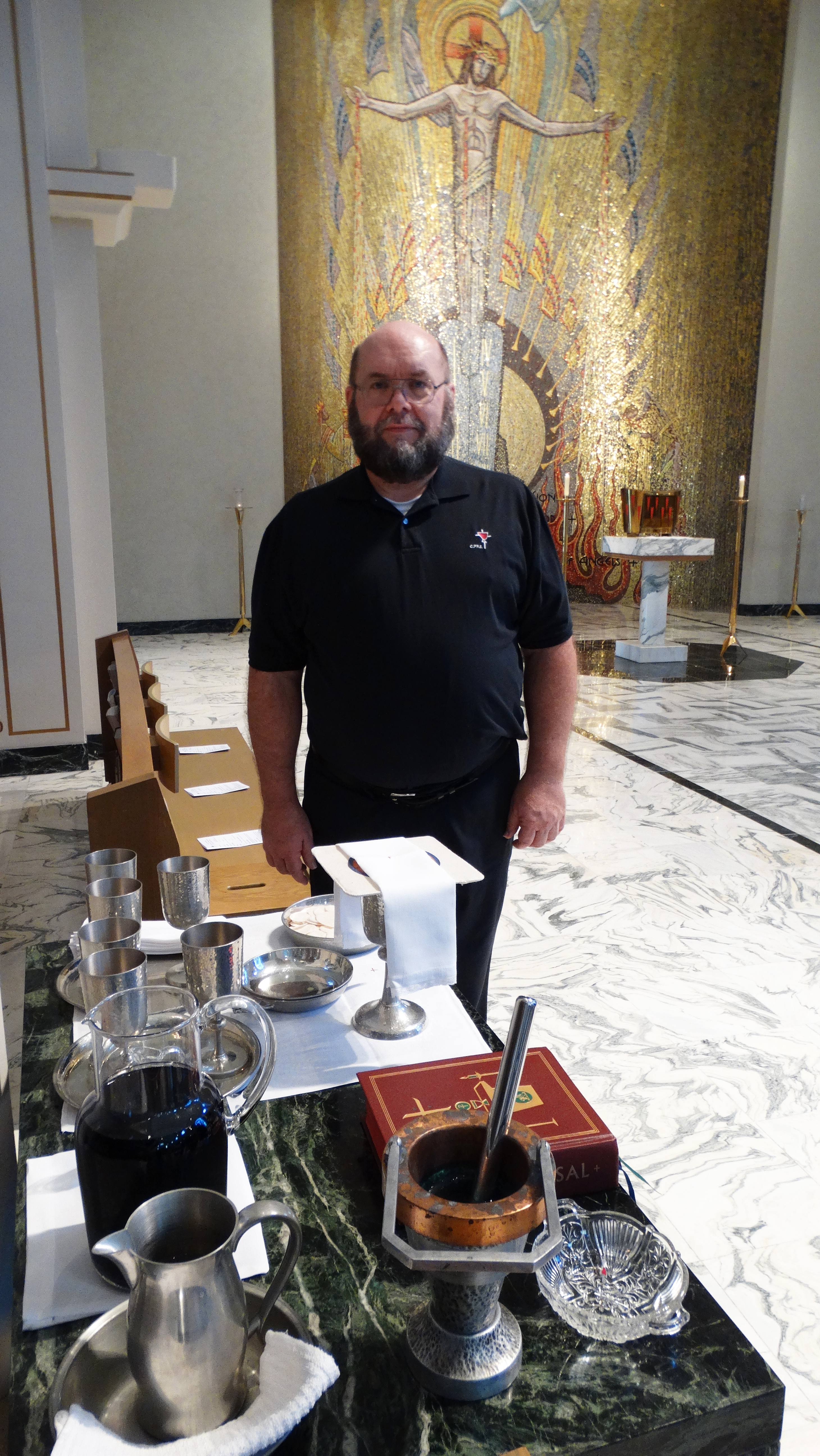 May 1 is Religious Brothers Day, so we talked with Br. Tim Cahill, C.PP.S., about how to promote the vocation of the religious brother. Br. Tim spoke to many students about his vocation during the years as he taught religion at St. Peter’s School in Huber Heights, Ohio. Br. Tim now serves as sacristan at St. Charles Center in Carthagena, Ohio.

How did you promote the brother vocation in your teaching?

In my classroom (at St. Peter School in Huber Heights, Ohio), I covered all the vocations. When I got to the brothers, I would tell them about my life. I’d ask them, what do you think I do? And I would get all kinds of answers. I would say to them, “Do you know I also work for the fire department? And do a lot of other things? A brother dedicates his life to service to God—and in our religious community that means you pick what area you want to work in. For me, it’s teaching—I teach you, I’ve taught adults, junior high religious.”

I also told them that I worked with the Knights of Columbus and other groups. I would say to them, “When I ask you to do service hours before you are confirmed, I’m not asking you to do anything that I’m not doing. Our lives as Christians are lives of service.”

How would you answer the question, “What’s a brother?”

I use this answer with military people and it seems to resonate with them a lot: brothers are like sergeants. We’re told what to do, then we’re left alone, and we get it done. I’ve used that explanation a lot. Brothers are the guys who get stuff done.

Brothers are also people whom others can come to when they have a problem, sometimes before they’ll go to a priest. They might not have a close relationship with their pastor. Or it may be that for some people, we’re more approachable. We’re out there cutting the grass or walking or praying, and someone will say, “Hey, how are you doing?” and we’ll stop and talk. To talk to a priest, some people may think they have to call and make an appointment. They know their pastor may have many administrative tasks that keep him from being fully available. There may be a sense that the pastor is too busy to talk.

It’s a perception. People may feel more comfortable to walk up to a brother and start a conversation. I stop what I’m doing & say, “What do you need?”

How can people help promote the brother vocation?

Lots of people I talk to have no idea what a brother is. It’s hard to promote something you don’t know.

That was even true of me. When I was told that I might have a vocation, the bishop asked me, “Have you ever thought about being a brother?” I was 26 years old and had no idea what was a brother. To me, a brother was like Friar Tuck in Robin Hood. Brothers are bald, they live in a cell, and they wear black robes.

So to promote the vocation, learn what a brother is. Vocation talks often promote priests and sisters and rarely talk about brothers. Find a brother if there isn’t one at your parish, and invite him in to talk. I can’t imagine a brother ever saying no.

What do you think people need to know about the brother vocation?

My pet peeve is when people think that the brotherhood is a step toward becoming a priest. I get that all the time. It’s a separate vocation.

It’s a way of life, a way of serving God and his people. You can choose whatever field you want to go into as a brother. I know brothers who are or have been teachers, lawyers, farmers, writers, chaplains, parish ministry, and medical personnel. You find the order that matches you and your interests, and there you go.

I was lucky with the Precious Blood because they said, “What do you want to do?” I’ve never been told I couldn’t do anything. I was a teacher and now I’m a sacristan. I also recently began working with the sheriff’s department as a chaplain—I just got my paperwork back and now I’m a deputy sheriff. I also work with the fire department as an instructor. And I’m trained so that when a disaster hits, I can help direct efforts from HQ. The life of a brother is not one-dimensional.

How would you encourage parents to talk about brothers, when there isn’t brother in or near their parish?

One challenge is that brothers are not out there in vast numbers. Before parents could talk to their children about brothers, we would have to educate the parents about what is a brother.

Once we accomplish that, then we can encourage parents to talk with young people about the vocation of brother. One approach might be that the brotherhood adds a lot more options to religious life. It could give them a wider insight about religious vocations. If a young man thinks he may have a calling to serve God and is not quite sure how to do that, the brotherhood gives him a wide variety of fields to look into.