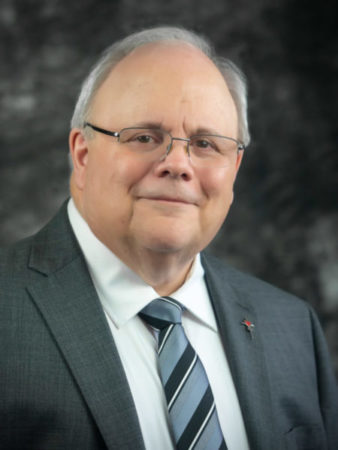 Congratulations to Br. Benjamin Basile, C.PP.S., who this year is celebrating the 50th anniversary of his profession as a religious brother.

Brother Ben served from 1970 to 1981 on the faculty and as principal at Brunnerdale, the Society’s high school seminary near Canton, Ohio. He then joined of the faculty of Calumet College of St. Joseph in Hammond, Ind. and is currently associate professor of mathematics.

He has also been active in leadership of the Society, including serving as a director of brother formation and as the local director for the C.PP.S. community at the college.

In addition to his ministry in education, he has been active in liturgical music in several parishes, including St. John the Baptist in Whiting, Ind. and as parish music director for the Cathedral of the Holy Angels in Gary, Ind.  Brother Ben served several terms on the board of trustees at Saint Joseph’s College in Rensselaer, Ind.

He has been active for many years in the Organ Historical Society in the Chicago area and “rescued” a Kimball pipe organ dating from 1898, which is now installed at Calumet College.

The Missionaries of the Precious Blood will celebrate Br. Ben’s anniversary in addition to the milestone anniversaries of eight other priests and brothers in a Mass marking the feast of the Precious Blood on July 1 at the St. Charles Center, Carthagena, Ohio. A celebration is also planned at Calumet College of St. Joseph on August 24.

“We’re inspired by the lives of service of these men who said yes to God through their vocation to religious life many years ago, and continue to say yes to this day,” said Fr. Jeffrey Kirch, provincial director of the Cincinnati Province of the Missionaries of the Precious Blood. “May God bless them with many more years in which to live out that call.”