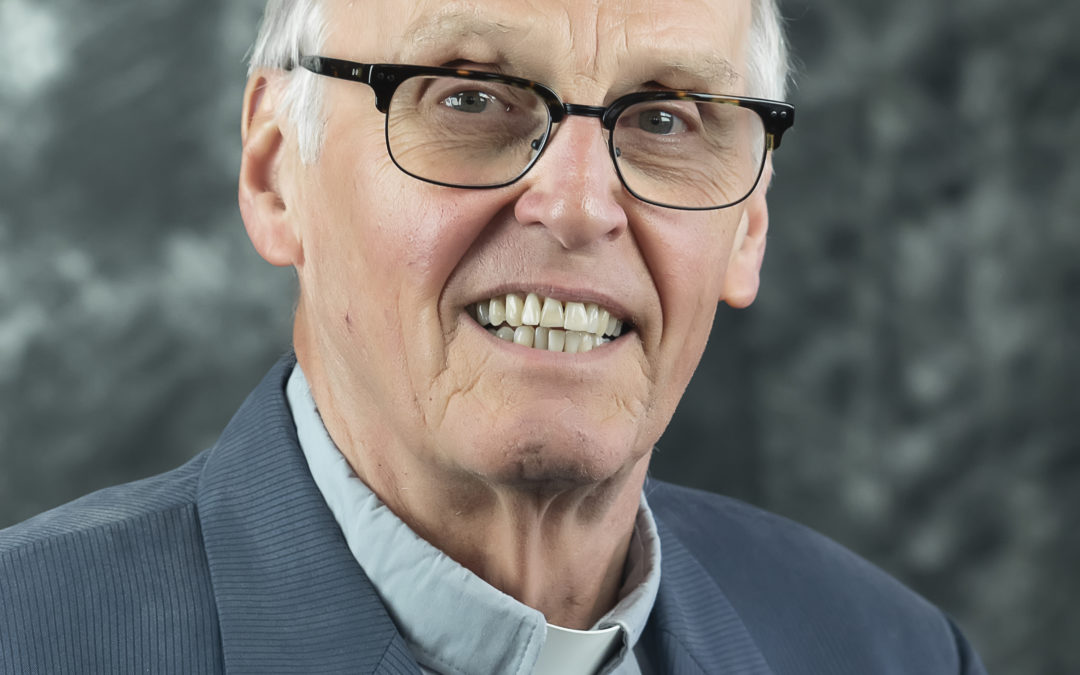 Congratulations to Br. Benjamin Basile, C.PP.S., who this year is celebrating the 50th anniversary of his profession as a religious brother. Br. James, a native of Dayton, entered the Society in 1962 and was professed on August 15, 1969.

After his profession, Br. James ministered at St. Charles Seminary, Carthagena, Ohio, and at Saint Joseph’s College, Rensselaer, Ind. From 1978 to 1984 he made his home at the Sorrowful Mother Shrine in Bellevue, Ohio, where he performed maintenance and many other tasks.

In 1984, Br. James moved to Calumet College of St. Joseph in Whiting, Ind., where he has taken on many roles, including working in the business office, administering the payroll for the college, facilities director and director of computer services. He is currently database administrator and adjunct instructor for the Computer Information Systems program.  He has also served as the local director for the C.PP.S. house and is currently the local treasurer for the C.PP.S. house. He is also active at the YMCA in Whiting, where he teaches lifeguarding and swimming classes.

The Missionaries of the Precious Blood is a religious society of priests, brothers, and lay associates founded in 1815 by St. Gaspar del Bufalo. Society members work as missionaries in parishes in the U.S. and abroad, in education, and in a wide range of apostolates promoting the cause of God’s reconciliation worldwide by proclaiming the Word.