Fr. Kalicky a Sagamore of the Wabash 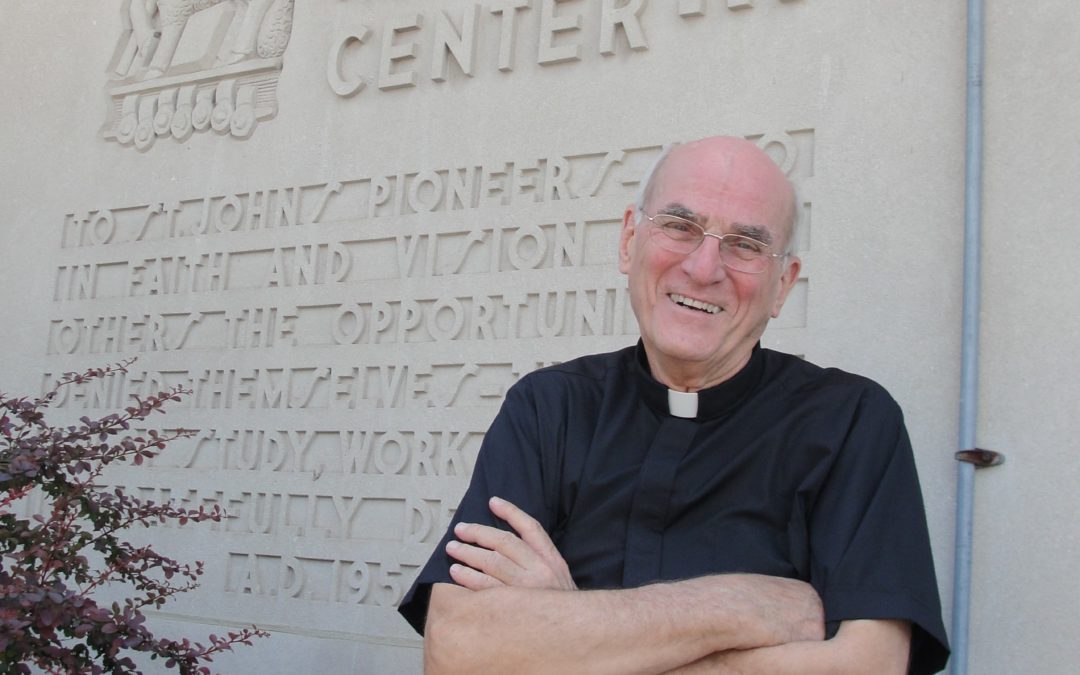 If you’re not a Hoosier, you may not be familiar with the term Sagamore of the Wabash. It’s the highest honor the State of Indiana can bestow on its citizens. Since 1949, a variety of recipients have been chosen by the sitting governor.

Among his many other accomplishments, Fr. John Kalicky, C.PP.S., was named a Sagamore of the Wabash by then-Gov. Mike Pence in 2014, when Fr. Kalicky was about to retire as pastor of St. John the Baptist Church in Whiting, Ind. Fr. Kalicky, 84, died on Tuesday; a Mass of Christian burial will be celebrated at St. Charles Center, Carthagena, Ohio, at 2 p.m. on Saturday.

Fr. Kalicky’s friend and St. John parishioner Thomas Dabertin describes the award in this way: “’Sagamore’ was a term used by the native American tribes of Indiana to describe a chief or a great man who would be consulted for his wisdom and advice. This definition of Sagamore sums up Fr. John Kalicky. He was someone who had a personality that could transcend any situation and light up a room; bringing people together. He loved being a pastor, a responsibility that he took as 24/7, making himself available day or night, never once complaining.

“He was guided by some simple, yet powerful words: ‘Prepare the way of the Lord,’ his favorite scripture. He used those words often, and was so proud that when St. John Church was remodeled in 2003, those words were added to the altar dome.”

Dabertin added that he had the honor of presenting the award to Fr. Kalicky at his retirement Mass at St. John the Baptist.

A memorial Mass for Fr. Kalicky will be offered at St. John the Baptist on Tuesday, June 25 at 7 p.m.