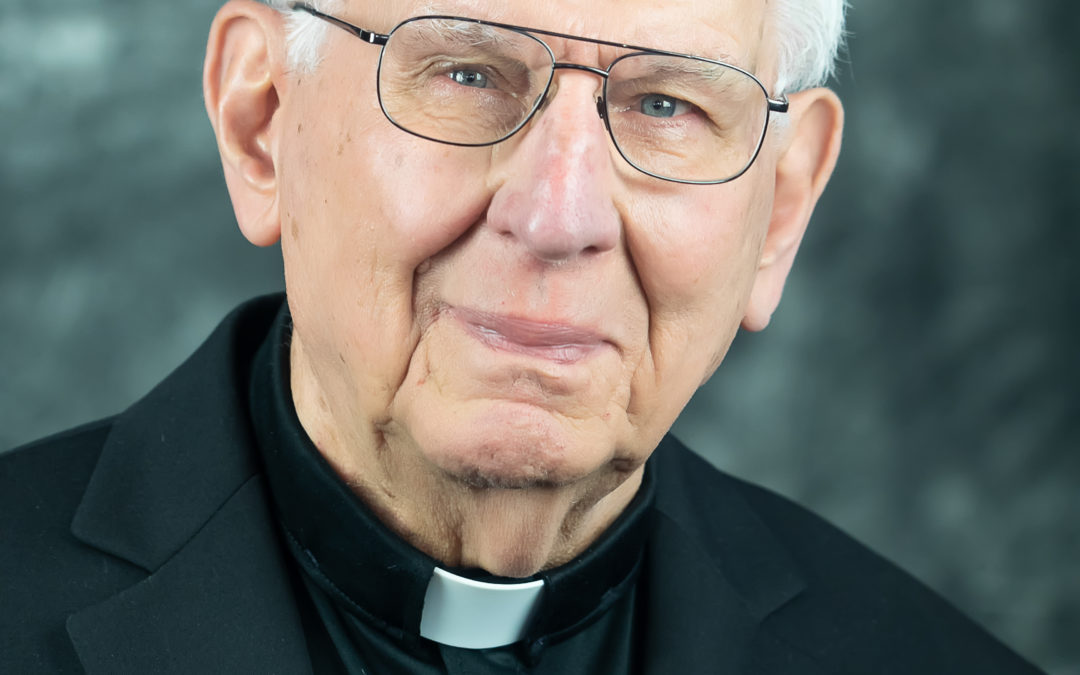 Congratulations to Fr. Paul Wohlwend, C.PP.S., who this year is celebrating the 65th anniversary of his ordination.

Fr. Wohlwend was born in Akron and raised in Suffield, Ohio, and in his home parish of St. Joseph in Randolph, Ohio. He entered Brunnerdale, the Congregation’s minor seminary in Canton, Ohio, in 1942 and was ordained in 1954. After his ordination, he served at St. Charles Seminary in Carthagena, Ohio. He then served at the following parishes: St. Gabriel, Detroit; Our Lady of the Blessed Sacrament, Cleveland; Precious Blood, Dayton; and St. John the Baptist in Whiting, Ind.

In 1972, he became administrator of St. Peter Church in Winamac, Ind. In 1979, Fr. Wohlwend became pastor of Sts. Peter and Paul Church in Ottawa, Ohio. During that time, he also served two terms on the Congregation’s senate. In 1989, he became pastor at Mary Help of Christians Parish in Fort Recovery, Ohio.

The Missionaries of the Precious Blood is a religious society of priests, religious brothers, and lay associates founded in 1815 by St. Gaspar del Bufalo. Society members work as missionaries in parishes in the U.S. and abroad, in education, and in a wide range of apostolates promoting the cause of God’s reconciliation worldwide by proclaiming the Word.