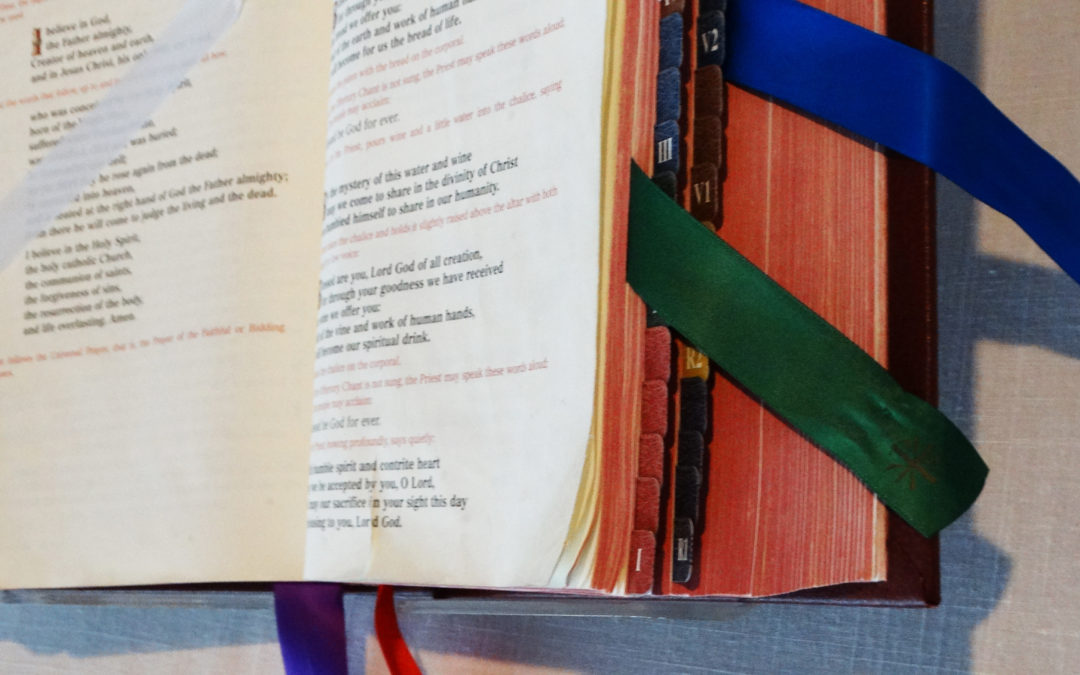 Before I joined the Missionaries of the Precious Blood, I worked for many years as a social service case manager. I worked with families and later the elderly to help them with housing, food and medical care. My clients were in a very poor part of the city and almost all of them were living in poverty. I like to think that I was a compassionate worker, helping people as much as I could and never allowing myself to slip into cynicism and judgmental attitudes. (I don’t take much credit for that—I’ll attribute that to the grace of God.)

For the third Sunday in row, we hear teachings on the use of money and wealth from chapter 16 of Luke’s gospel. The first part of today’s reading gives us a scene: a wealthy man dining luxuriously and a poor sick man lying outside the rich man’s door. There is no action here; Lazarus asks for nothing and the rich man isn’t portrayed as denying help. However, it is clear that there’s a distinct separation between these two men. After the rich man dies, he is suffering in the flames of the netherworld and sees Lazarus with Abraham. The rich man sees things differently now. Although he doesn’t express any remorse for his lack of generosity and compassion for Lazarus, he has a drastically different attitude toward Lazarus. He is now willing even to have the diseased man touch his tongue with cool water. The rich man is still concerned only with himself and his wealthy brothers. The great chasm separating those in the netherworld and those in the bosom of Abraham mirrors the chasm caused by the rich man’s door. But that earthly chasm was created entirely by the rich man’s selfishness.

Recently while travelling, I pulled off the interstate to eat lunch. I didn’t want to take much time, so I went to a drive-thru and ate in my car. While I was eating, I saw a woman walking toward my car. My first reaction was annoyance. Who just walks up to a stranger’s car like that, I thought, and asks for money?  At least I assumed this was what she wanted. I made an evaluation and a judgment all from a single glance at her. I could have given her some money and not missed it, but I didn’t even debate about that. She came up to my window and said something I couldn’t hear. I just ignored her. I didn’t roll down my window, didn’t even look at her. She walked away and I soon finished and drove off. This encounter nagged at me the rest of the day. It wasn’t my decision not to give her money that bothered me—I doubt a few dollars would have made much of a difference in her life. What lingered in my mind was my failure to listen to her or even look at her.

Like the rich man in today’s Gospel, I ignored someone right outside my door. I was not dining sumptuously in a luxurious villa, I was just eating a chicken sandwich in my CR-V. But the separation between us was just as clear and, as in the Gospel, created by my selfish attitude.

It can be difficult (and uncomfortable) to imagine ourselves in the situations of others. I’ve never been poor, never had the burden of debt, never had to worry about having a place to live, never had anxiety about medical care. I’ve never even had to contemplate what it would be like to accept help, much less ask for help. Jesus repeatedly mentions the poor in his teachings. We are compelled not only to help the poor, but to reconfigure our attitudes regarding the poor.

Ignoring the poor means ignoring Scripture. Ignoring Scripture means discounting revelation. And when we cease being open to revelation, we cut ourselves off from God. The opportunities to discern God’s will for our lives are boundless. They can be found in Scripture and the sacraments, and they can be found in private prayer. But they can also be found in the encounters with others that fill our daily lives. Encounters teeming with opportunities to experience God’s grace and to show kindness, compassion, love, and mercy to the people God places around us.