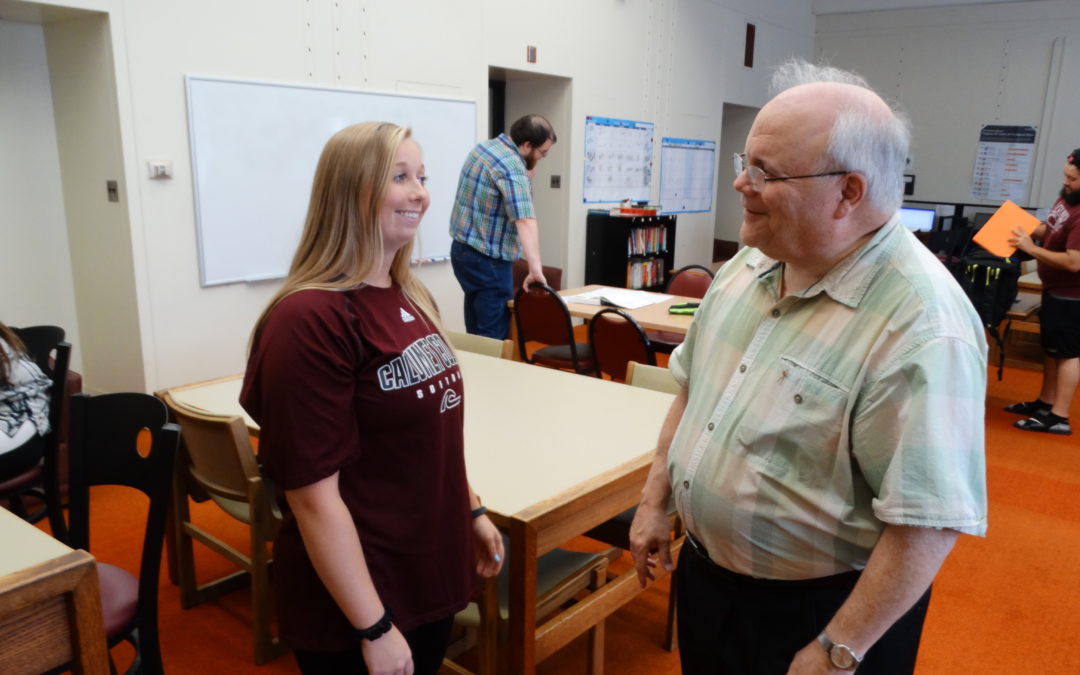 Brother Ben Basile, C.PP.S., who this year celebrated the 50th anniversary of his profession as a religious brother, has the following wisdom to offer young people who are considering the consecrated life as a priest, brother or sister:

You don’t go through it alone: not discernment, not formation, and certainly not life as a religious brother.

Brother Ben first met his Congregation, the Missionaries of the Precious Blood, when he was a kid growing up in New Jersey. Missionaries came to his town as part of their “mission band” preaching ministry. “I liked the spirit of the Community even back when I was in grade school,” he said.

He liked it enough to attend Saint Joseph’s College in Rensselaer, Ind., which was sponsored by the Missionaries. There he met Brother Gerard Von Hagel, C.PP.S., who showed him what life as a religious brother could be like. “Brother Gerard was instrumental in my deciding to get into formation. He was assistant to the academic dean, and I got to know him. He liked opera and I liked opera,” said Brother Ben, a talented musician. “That was our meeting point.”

From there followed many conversations about what it means to be a religious brother. “Brother Gerard really worked with us (brother candidates) at living a community life. He articulated to us that was a brother’s vocation: brother’s call is to community, no matter what apostolic call we had. We were not brothers unless we were involved in community, because that’s the very essence of being a religious brother. Your community life sustained your apostolic call,” Brother Ben said.

Fifty years later, community life is still essential. Brother Ben has ministered as a math professor at Calumet College of St. Joseph, in Whiting, Ind., which is sponsored by the Missionaries of the Precious Blood, for over 30 years. Music ministry—remember, opera was the foundation of his friendship with Brother Gerard—has also been an important part of his life. And through all those years, he’s learned that Brother Gerard was right, that community gives his life its context.