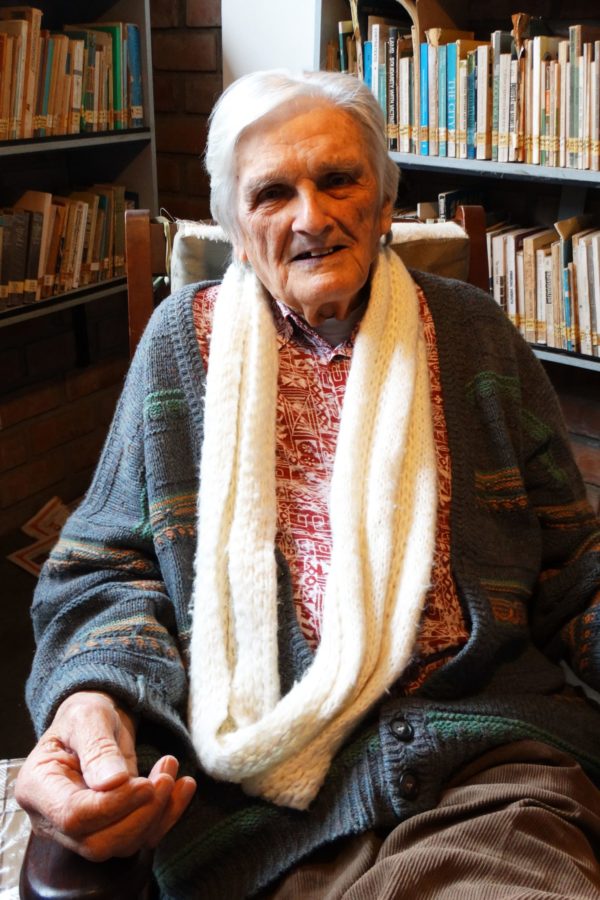 After serving in the U.S. Navy, he entered the Missionaries of the Precious Blood in 1950 at Saint Joseph’s College in Rensselaer, Ind., and was ordained on June 1, 1958. He had been a missionary to Chile and Peru for 60 years.

Fr. Dreiling first went to Chile as a missionary in 1960, where he served in parishes until 1967. He returned briefly to the U.S. to be nearer to his aging parents. Later, he volunteered to serve once again in South America, this time in the C.PP.S. mission in Peru. He first served in La Oroya, a mineral smelting town high in the Andes, and later in Lima, where he helped found Nuestra Señora de la Luz Parish in Santa Luzmila, a working-class neighborhood to the north of the city. After he retired as pastor, he continued to live in Santa Luzmila, where his many friends from the parish continued to visit him.

Fr. Dreiling was also the founder and director of the Asociación Cultural San Jerónimo (Cultural Association of St. Jerome, named after his father), a non-profit initiative providing scholarly articles, resources and tools for educators in Peru. Prior to his death, Fr. Dreiling wrote the introductory essay for the June 2020 issue of the San Jeronimo journal.

He was preceded in death by his sister, Geraldine, and her husband, Joseph Petroff.

In a recent letter to his fellow Missionary, Fr. Santiago Gaynor, C.PP.S., Fr. Dreiling wrote about what it means to live out the spirituality of the Precious Blood. In doing so, he wrote, “we must ask ourselves, ‘Are we in correct relation to reality? What does my spirituality of the Precious Blood say to me in regard to that reality?’ Then one must take a stand as Christ did and ask, ‘How are we employing our lives and our blood in standing up for what is just and right?’”

His provincial director, Fr. Maximo Mesia, C.PP.S., described Fr. Dreiling in this way: “He invested his priestly ministry in defense of the life and personal dignity of the poor. He left his country to come to Latin America, especially to Peru, where he gave his life every day to favor the people of God who were assigned to him. In this sense, we can say that Fr. Geraldo was a good example to other priests, especially his own C.PP.S. brothers in the Blood of Christ.”

Due to current health restrictions in Peru, a private wake was held among the Missionaries of the Precious Blood there. They celebrated a private funeral Mass on Friday, June 5, at San Francisco de Borja Parish in Lima. It was Fr. Dreiling’s wish that he be cremated and his cremains be buried next to his mother in St. Fidelis Cemetery in Victoria, Kan. His wishes will be carried out by the Latin American Province once the pandemic has passed.