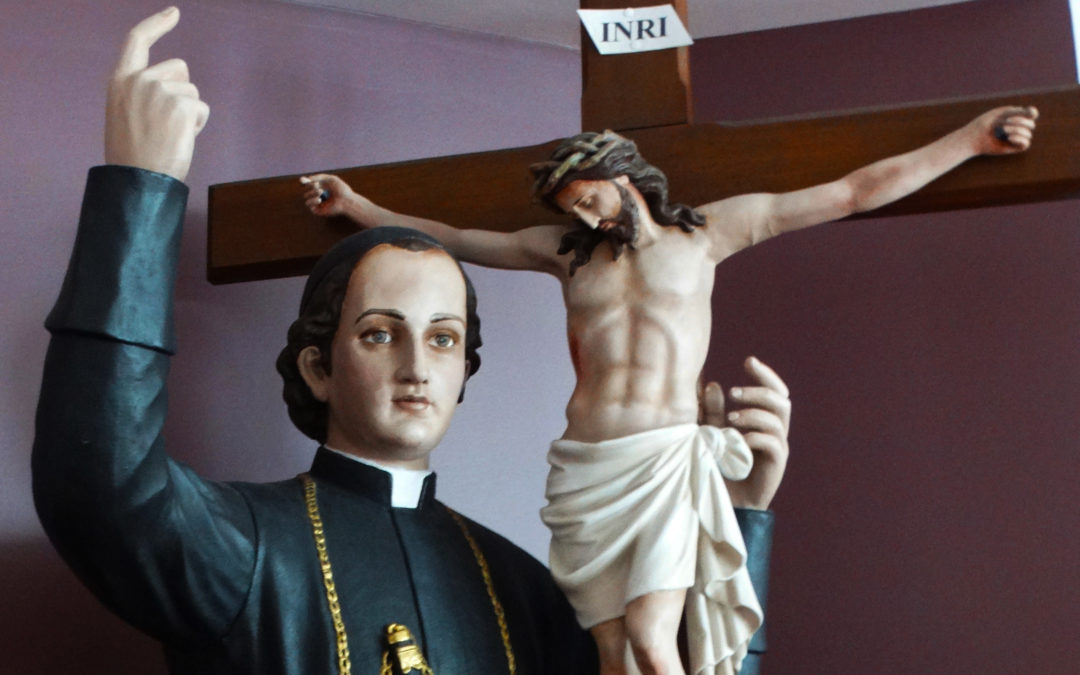 Jesus is the Son of David and the Son of God. And we all are linked to God as children of God. Yes, linked to Jesus. Probably the most important question in life is “Who do you say Jesus is?” (Mt 16:15) Do we live for Jesus or for ourselves? Do we accept Jesus on his terms? Indeed, are we “churched” by Jesus’ standards?

In today’s Gospel, we hear Jesus say firmly to Peter: “You are Peter, and upon this rock I will build my church.” Jesus said it and he meant it. Do we support and back our Holy Father as our “rock?” As Catholics, do we sometimes complain and refuse to accept some of the things he says in his homilies and teachings? Often non-Catholics, even non-Christians, put Catholics to shame when we hear their positive support. For example, this true story is related about Thomas Edison: not a religious himself, he had a keen respect for Pope Pius XI. He heard that the pope was overwhelmed with correspondence that demanded his attention. So Edison constructed/invented a special dictating machine finished in gold, silver and ivory. The pontiff responded by sending a special medal to Edison, which he treasured.

Let’s go back again to that all important question of Jesus:  “Who do you say that I am?” We certainly know Jesus was not asking for any assurance as to who he was. Indeed, he knew who he was. Peter gave him the right answer. This question and answer truly affect all of us in what we do and especially how we live. It affects us personally. Let’s take a closer look at Peter’s solemn response: “You are the Messiah, the Son of the living God.”

This declaration has two parts. He first acknowledges that Jesus is the Messiah, which fully pleased the disciples. The hope for the Messiah had come. Then to the second part. Everyone was really amazed since Peter asserted that Jesus was the Son of God—a statement none of the disciples ever heard before. Wow! We know that Jesus made this very emphatic statement about Peter: “My heavenly Father has revealed this.”

Yes, Jesus was laying the firm foundation for the awesome truth that God is his Father. At Vatican II, the Church clarified the identity of Jesus as Son of God. Jesus is certainly and truly the Son of God, equal to the Father in all things. This true identity of Jesus is what makes his words so precious and his actions so invaluable.

We as Catholics see the true leadership of Peter continuing in his successors. The symbolic key that Jesus gave Peter would be given to his successors. This was very significant. This Gospel passage ends with Jesus telling his apostles not to reveal that he was the Messiah, because he had more to teach them.