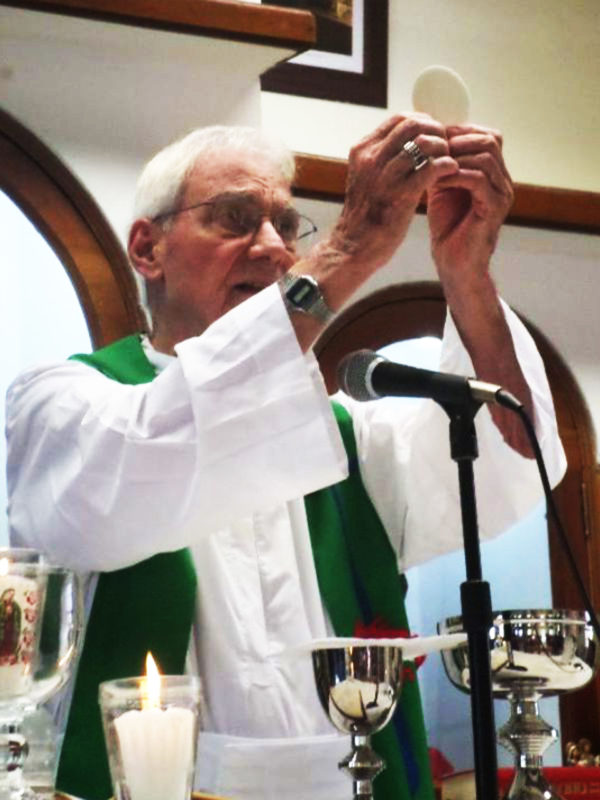 Fr. Beuth served as a missionary to Peru and Guatemala for most of his life as a priest.

After his ordination, Fr. Beuth was an associate pastor at St. Joseph Church in Wapakoneta, Ohio; St. James the Less Church in Columbus; and St. Joseph Church, Dayton. In 1962 he traveled to the C.PP.S. mission in Peru, where he served for over 25 years. He ministered first in La Oroya, a mining town far above the tree line in the Andes, then was appointed pastor of the newly established parish of San Francisco de Borja in Lima. He ministered there for 18 years, and was integral in building the parish church and its large school. From 1981-83 he was also director of the Peruvian mission.

Fr. Beuth returned to the U.S. in 1986 to be closer to his ailing mother, and served as associate pastor of St. Anthony Church in Manteca, Calif.

He returned to Latin America in 1992, becoming part of the C.PP.S. mission in Guatemala. He was appointed pastor of Sangre de Cristo Parish in La Labor, Guatemala and also served as the director of that mission from 2000-2002.

Fr. Beuth served in La Labor for the rest of his life. Earlier this year, he described his arrival in La Labor in September 1992: “I was surprised to see the dirt roads winding up and down many hilly areas where lots of shacks and cliff shanties appeared. I thought, ‘What should I do and where do I begin?’ As though a light went on, I remembered an enlightening phrase from the Puebla Document (from a 1979 conference of Latin American bishops): ‘Always have a preferential option for the poor.’”

From that moment on, he ministered to the spiritual needs of the people, but also worked with them to improve their daily lives. He helped establish a well that provided drinking water in the community, then, working with the Adorers of the Blood of Christ, was instrumental in founding a school and a health clinic, both of which are still flourishing today. Paying attention to all of the people’s priorities, he also built a soccer field in La Labor.

Fr. Beuth brought hundreds if not thousands of people from the U.S. into a sense of familiarity with the La Labor region through his vivid accounts of life there, opening his letters “Dear Mission Friends.” Working with his brother Missionaries in the United States, he established twinning relationships with many U.S. parishes, drawing from them spiritual and monetary support. He personally hosted many groups from the U.S. who toured Sangre de Cristo Parish and its 14 rural chapels. On each night of those mission trips, he sat with his visitors in the community dining room of the parish, helping them process all that they’d seen and heard that day.

He cared passionately about the people he served and never stopped looking for ways to improve their daily lives. In recent years he helped establish a nutrition project at the parish’s chapel in La Laguneta, where children walk for miles to enjoy a hot lunch prepared by volunteers.

For most of his life as a priest, Fr. Beuth was a member of the Cincinnati Province. In January, with the formation of the Missionaries’ new Latin American Province, Fr. Beuth became a member of that province.

Fr. Beuth remained close to his family in the U.S. throughout his long life. When in the U.S., his second home was with his twin sister, Carolyn, niece Karen and her daughter Brittany, in San Luis Obispo, Calif.

He was preceded in death by his twin sister, Carolyn Keller; her husband, Lester Keller; and his sister, Helen Aichner.

A Mass of Christian Burial was celebrated on Wednesday, September 30, in the parish, with Fr. Rony Diaz, C.PP.S., presiding. Fr. Beuth was buried in Guatemala.

Memorial donations may be made to the Missionaries of the Precious Blood to help continue Fr. Bill’s missionary work in Guatemala.