“Are You a Missionary?” 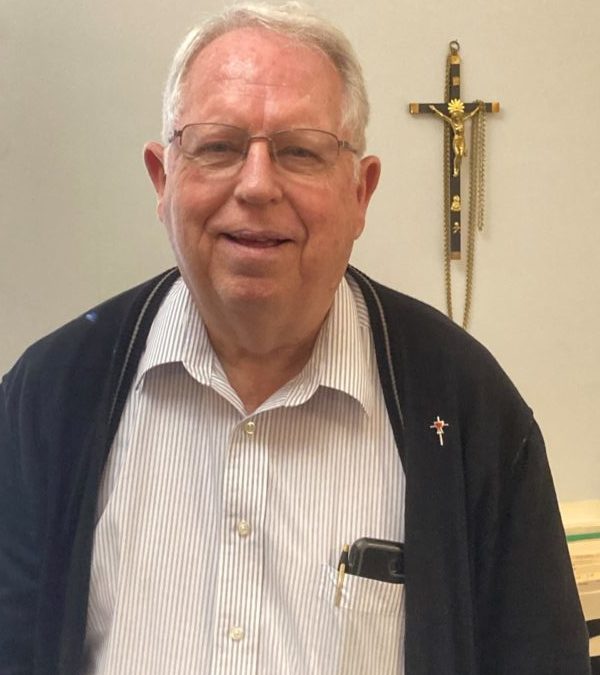 Sometimes you can have a vocation within a vocation. Or discover something deeper about your vocation that you didn’t realize was there.

That’s what happened to Brother Joe Fisher, C.PP.S., who has been a religious brother for over 40 years, many of those as the treasurer of the Cincinnati Province.

He had been a religious brother for 23 years when the Missionaries gathered worldwide in 2000 for their general assembly. There, C.PP.S. priests and brothers worked on a document called Profile of the Missionary of the Precious Blood. It was meant to define the priests and brothers who ministered under the banner of the Precious Blood around the world.

The profile went on for a few pages about how Missionaries were to be evangelizers; to defend life in a culture of death; to stand in solidarity with those who suffer; to be prophetic, flexible and available to those whom they serve. And there was much more.

Brother Joe wanted to ponder the document but he didn’t have time. So he took it along on the airplane when he was going to a conference.  He knew he was a good and faithful member of the Congregation. He was a good steward of its resources. But, he wondered as he read, “Am I a Missionary?”

After a while, he noticed his seatmate was interested in the document too. “Are you a Missionary?” he asked Brother Joe. Brother Joe, not knowing how to answer, was silent. What if the man thought he ministered in a faraway country? What if he was expected Brother Joe to say he ran a school, an orphanage or a hospital?

“Are you a Missionary?” the man asked again. And then a third time.

Finally, Brother Joe answered that yes, he was a Missionary. “What do you do?” the man asked, and Brother Joe told him that he was a treasurer and managed the Congregation’s funds in a careful and conscientious way.

“That’s a different way to be a Missionary than I’ve ever heard!” the man said. They talked for a while longer, the plane landed, and they parted. Ever since, Brother Joe has been thinking about ways that he can be a Missionary. He tries to treats all people fairly. He makes sure the Congregation’s investments do not run counter to the Church’s teaching. He helps other congregations with their financial issues, especially if they struggle to support their retired members. He volunteers in his neighborhood of Old North Dayton.

Brother Joe is a religious brother. He is also a Missionary. “The missionary finds at the center of his vocation the Blood of Christ,” reads the Profile of a Missionary, now 20 years old and still true. It is still true for Brother Joe.