Vocation Ministry in a Pandemic 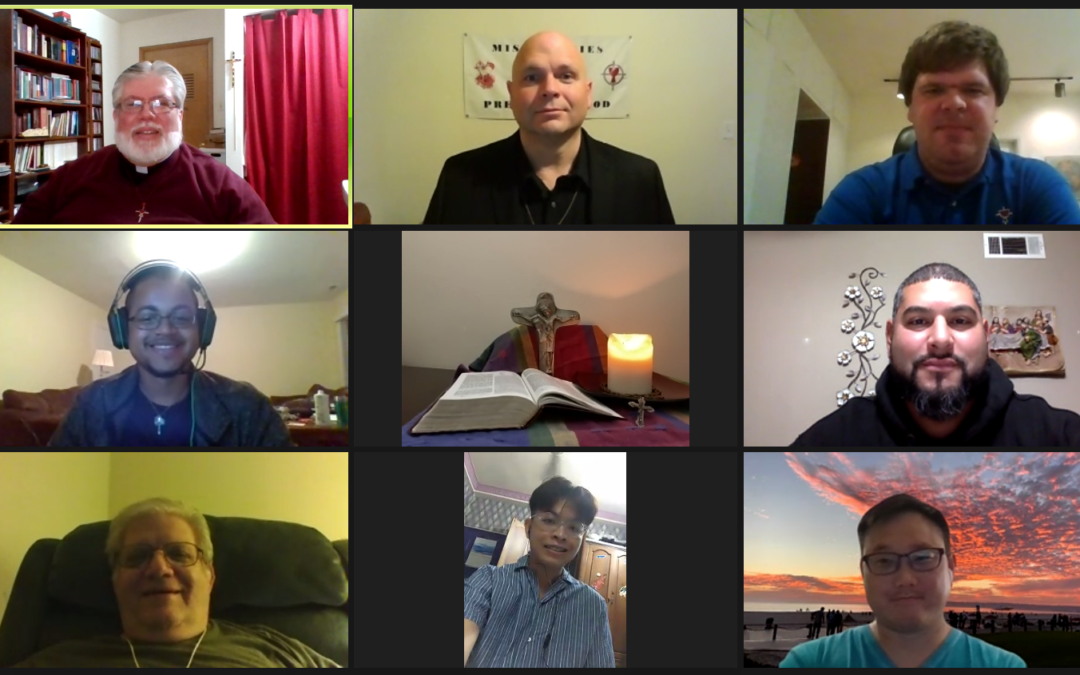 Ever since March we have all been learning how to do what we do in news ways. Teachers are discovering how to adapt their teaching to video chat and distance learning. Companion groups are adapting to Zoom as an imperfect substitute for their regular gatherings. And vocation directors are figuring out how to engage discerners in new ways.

If you had told me in November 2019 that I’d be holding a discernment retreat via video chat, I would have probably laughed out loud. As one vocation director on a recent Zoom meeting said, “Meeting a guy for lunch is sort of our stock-in-trade.”

I have yet to share a meal over Zoom with a discerner, but I have been involved in a number of new activities over the last seven months. Back in October, I worked with several other communities to hold a discernment retreat for three men and four women over a weekend via Zoom.

As I write this, I am in the middle of a virtual discernment retreat, meeting with inquirers and professed members each night this week for about 90 minutes. They aren’t the same as in-person retreats because you miss out on the informal conversations and the getting-to-know-you that happens when you are in the same building, praying and eating together.

The virtual discernment retreat had five discerners register and show up for at least one night, and four of them were on for most of the four sessions. Work schedules and such interfered a little, but that’s a difficulty of working across time zones. Each night I had two or three different Missionaries join us, so that over the four nights they were introduced to ten different Missionaries from the two provinces.

Zoom makes it easier to gather folks in ways that may not be possible with in-person events. The retreat in October with several other communities included people from the four U.S. time zones, some of whom probably would not have traveled for a discernment retreat. For the C.PP.S. virtual discernment retreat, we even had a discerner who normally lives in Chicago, but is currently with his family in Ho Chi Minh City.

I can’t wait to offer in-person retreats at St. Charles Center and Precious Blood Renewal Center again. They are essential to vocation ministry, but COVID-19 and the ubiquitous use of Zoom, have taught me that there are other ways to do vocations ministry that may make sense even in the post-pandemic world.

One thing I began recently is a monthly gathering of men who are in conversation with us. As they are spread out from California to Florida, there is no way I could gather them in person every month, but with video chat we can come together to meet a member or discuss some topic. It also helps them to know that they are not alone as they discern with us.