When I was little, my parents watched a TV series called Mission Impossible that was about a group of secret agents who fought against Eastern European governments and evil crime organizations. Every episode began with the team listening to a tape recorded message that described the mission. Each recording included the phrase, “Your mission, should you choose to accept it, is . . . ”

In today’s Gospel, the followers of Jesus are given further understanding of their mission before they accept it. The two disciples to whom Jesus appeared on the road to Emmaus have come back to Jerusalem to share the experience with the apostles. While they are telling their story, Jesus appears again. Jesus knew his apostles well—they would need to experience his return for themselves in order for them to believe. Still, their first reaction is terror. Did they not recognize him or did they just not understand how it could be him? I think it was probably both of these. The lack of understanding is easy to see. Despite having been told by Jesus himself that he would return, how could they have believed this, much less understood it?

But how could they have failed to recognize Jesus? This was the reincarnated Jesus—no one recognized him at first, not Mary Magdalene, not the Emmaus disciples, not even the eleven who had spent three years at his side. We don’t know what was different, but clearly he did not appear as he did before the Passion. If Jesus appeared as he always had, they would not have needed to examine his hands and feet. Something about him was different. He was not just the historical Jesus who had lived with them, he was now appearing to them sacramentally. The Emmaus disciples had just told them that Jesus “was made known to them in the breaking of the bread.” Having received the Eucharist for almost fifty years, it is easy for me to relate to this. But how would the disciples, even those present at the Last Supper, have reacted to this?

When we talk to second graders about their upcoming First Communion, we impress upon them that Jesus becomes fully present in the Sacrament of the Eucharist. We let them taste the unconsecrated hosts so they can experience the taste and texture and we tell them that those things will not change. When asked what will change, they respond that the bread will now be the Body of Christ. Their minds know this because they have been taught so and they believe to the extent that their hearts have been allowed by God. But their understanding of this is still the understanding of seven- and eight-year-olds. No disrespect intended, but I think of the disciples understanding in today’s Gospel as being like second graders. After all, they were beginners in their sacramental experiences.

Just as Jesus had known for three years what his disciples could comprehend and what they would struggle with, he knew at this time what they needed. So he repeats to them what he had already told them. He explains again his Passion, death, and resurrection. This combined with a final appearance would be what they needed. Now they could understand and accept the mission they were about to undertake.

The agents on Mission Impossible were reminded on each week’s recording that if they were caught during their mission, they were on their own. Their boss will not come to their aid and will in fact deny any knowledge of them. Jesus does not treat his disciples this way. He promises a God who will never abandon them and a Holy Spirit to guide them. And he shows them, as he did the Emmaus disciples, that he will be present again with them in the breaking of the bread whenever they recall his Passion, death and resurrection. 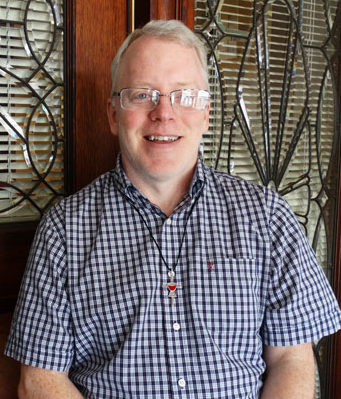