To Be the Light 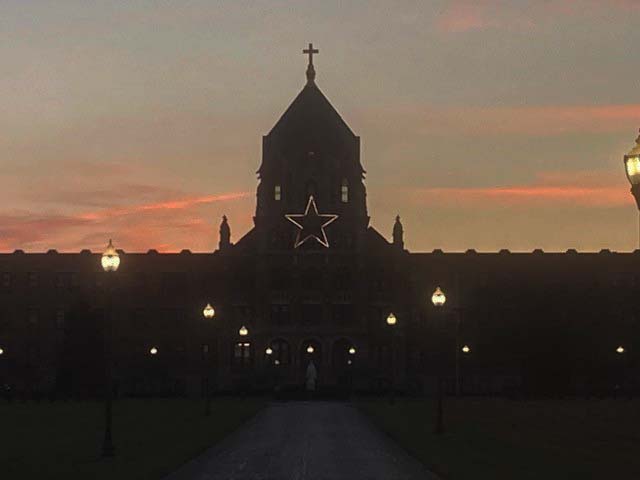 The timing of our great feasts this year seem to be rushed. The day after Christmas we celebrated the observance of the Holy Family when Jesus was 12 years old. A little over a week later we observe the Feast of the Epiphany. The Epiphany is also when celebrate the birth of our founder, St. Gaspar (although the actual anniversary of his birth is a few days away).

Our first reading from Isaiah, from what we traditionally we call “Third Isaiah,” written after the return of the Hebrews to their homeland from Babylon, looks ahead to a time of even further restoration, when Zion would so reflect the light of God to the nations. There is a joyful tone to the reading and also a challenge—that Israel would be light to the nations.

We live in dark times, both literally and figuratively. Daylight is in short supply and there is plenty of darkness in other areas of life. The ancient magi of the Gospel reading traveled from darkness into light. They sought the Prince of Peace. They were astrologers, people who read the signs of the sky. The sudden appearance of a bright star was the symbol of the birth of a great one.

They went to the place where they expected a great one to be found, the palace. Instead of a great one, they found Herod. Now, Herod was only concerned with one thing in his life, and that was Herod. He had the opportunity to come out of darkness into the light. But Herod feared the political effects of a Messiah coming during his reign.

Herod’s darkness was so deep that he would attempt to kill the baby, challenging God’s plan rather than trusting God to care for him if he also were to come into the light. Meanwhile, the magi’s faith had become so deep that after they found the child and worshiped him, they did not return to Herod.

The gifts of the magi in some ways challenge us to face forward into the future. The gift of gold can be interpreted as seeing Jesus as King of the Universe. Frankincense, used in worship, reminds us of Jesus’ divinity. Myrrh reminds us of the death of Jesus, when the women would anoint his body with myrrh. In a similar way, the Epiphany challenges us to be forward-looking and to be a light to the nations.

St. Gaspar took this message to heart. Even though he lived in dark times of turmoil in Italy, Gaspar chose to be a light to the people. During his early years, he was a light to the poor, whom he helped to feed. He proclaimed the Good News to the youth who sorely needed good news. Later, he founded our Congregation and together with his confreres he proclaimed the life that came through the Precious Blood. Despite the darkness of death, Gaspar proclaimed the light of life that comes from the Precious Blood of Jesus.

Fr. Tim McFarland, C.PP.S., is the director of ministry and mission and serves on the faculty at Calumet College of St. Joseph in Whiting, Ind.