A New Journey into a New Province 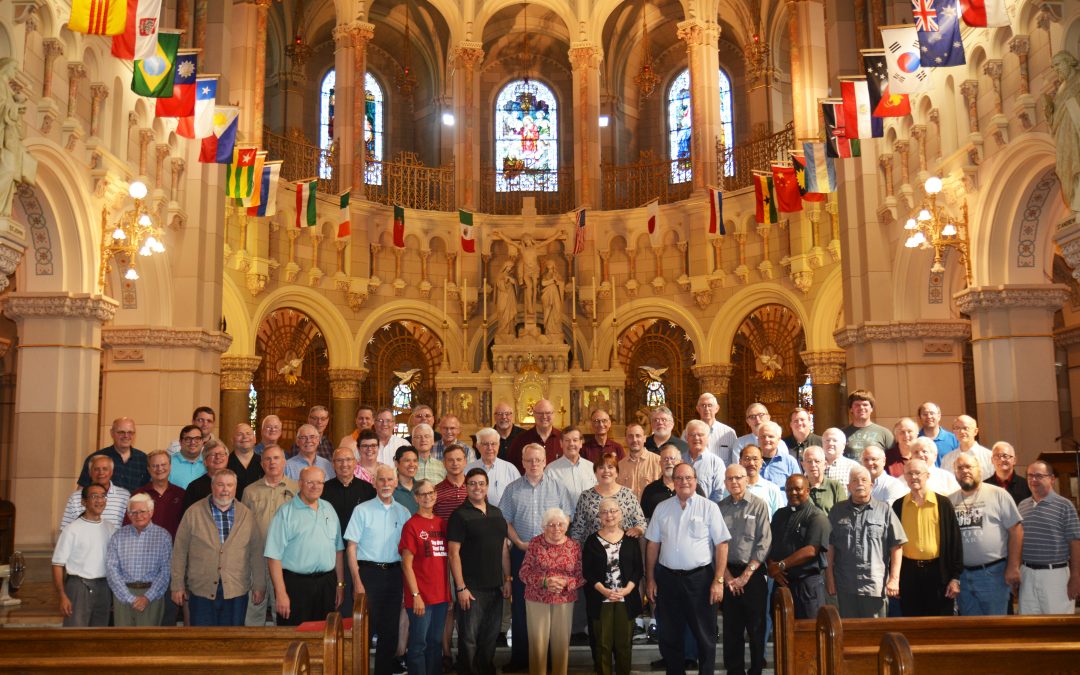 Fr. Jeffrey Kirch, C.PP.S., the provincial director of the Cincinnati Province of the Missionaries of the Precious Blood, wrote this essay about the Missionaries’ upcoming joint assembly with the Kansas City Province. At that assembly, to be held next week in Indianapolis, the Missionaries will form the United States Province and elect new leadership.

There are times in life when old adages ring true. The adage that I have been thinking about over the past few months is, “You can’t see the forest for the trees.” Sometimes when we are deeply involved in a complex project, we can get wrapped up in the details and lose focus on the overall goal.

In September 2017, Missionaries and Companions from the Kansas City Province and Cincinnati Province gathered at Techny, Ill., to pray, dialogue and discern how we can live our spirituality and Community life into the future. Those who were present discerned that we are being called to form a new, single province in the United States. From this gathering, the two provincial councils began a process which we named the “new creation.” A commission was formed that began the initial work.

Forty-four Missionaries gathered in St. Louis in February 2019 to focus on our mission into the future. Where are we hearing the cry of the Blood? Our dialogue and discernment coalesced around several broad areas, including reconciliation, evangelization, immigration, lay formation and revitalized parish life.

Later that year, at their respective assemblies, the two provinces voted overwhelmingly to form a single province. Work began on drafting statutes and policies, which was required by the General Curia. At the 2019 General Assembly in Poland, the major superiors approved the creation of a new United States Province.

In the midst of all of this, the world came to a screeching halt with the onset of the pandemic. Our plans for joint assemblies were postponed and we shifted to having Zoom gatherings.

The two provincial councils have been meeting regularly to guide the provinces into the new creation. There has been significant work done to get us to this point. Dialogue, discernment, Zoom meetings, district meetings, reviewing policies and statutes, gatherings in St. Louis, all of these have helped us get to where we are. And much of this was done in the midst of the pandemic.

If we concentrate on all of these steps, which were necessary, we might fail to see the bigger picture. We can miss the forest for the trees. When we gathered in Techny in 2017, our goal was not to work on policies and statutes. When we gathered in St. Louis, we were not just putting together new corporation documents. Certainly, a lot of tasks have been accomplished, but the reason why we embarked on this journey was so that we could be more effective in our mission.

At Techny we said, “We believe that this new creation, in the form of a single province, will provide us with the energy, creativity and vitality to share our spirituality in our changing context. As a new creation we will continue our mission of the proclamation of the Word, the renewal of the Church, and the ministry of reconciliation.”

And last year in St. Louis we said, “We are missionary disciples of reconciliation and renewal, embodying the vision of the Second Vatican Council.”

This has been a lengthy journey for everyone. As we look to the electoral assembly next week, we might be tempted to breathe a sigh of relief that we reached our destination. But we have not. At the assembly we will begin a new journey, a much more important journey. What we have done over the past six years has prepared us for our new journey. Our upcoming journey will be a transformative journey in which we become more effective in our mission of proclaiming the redeeming power of the Precious Blood. The journey will call on us to embody and share our spirituality in new ways. The journey will root our Community life firmly in the bond of charity. Let us remember to see the forest.