“Everything is Dependant on the Holy Spirit.” 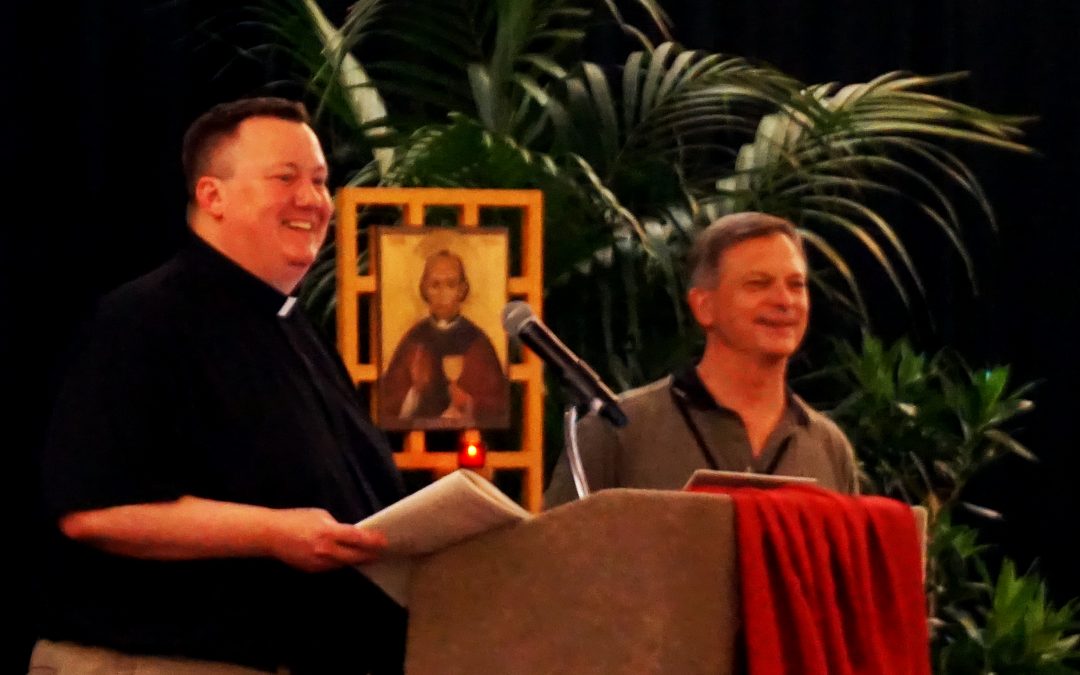 The keynote speaker at the Missionaries’ joint assembly in Indianapolis tonight urged them to be true to who they were called to be, from the very beginning of the Congregation. “Moving forth, you were called to be Missionaries—to see who is right in front of you, most in need,” said Fr. Frank Donio, S.A.C.

Fr. Donio told the Missionaries and Companions that the new creation process has already moved them far along already, far beyond what many religious congregations have been able to accomplish. He encouraged the Missionaries to continue to listen to the Spirit in the days ahead, as they celebrate the formation of the United States Province and elect new leadership.

In his opening remarks, Fr. Garry Richmeier, C.PP.S., issued a challenge: “to be open to wherever the Spirit leads us. We all have ideas about what we should or shouldn’t do. But I invite you to come to the discussions, come to our gathering, in that spirit of openness. If we do that, we can’t go wrong.”

Fr. Donio, who is the executive director of the Conference of Major Superiors of Men in the United States, said that “we need to recognize that everything is dependent on the Holy Spirit. That is not a pious platitude. God is guiding us,” he said. “In your case, this will happen in and through this charism of St Gaspar because it was the Holy Spirit who inspired him in the first place. And that response became in part, the Missionaries of the Precious Blood. And so too its mission becomes a movement of the Holy Spirit.”

He continued, “And that is where this assembly has an opportunity: root yourself in where the Holy Spirit is moving you.”

The assembly continues through Thursday. Tomorrow’s events include presentations by the provincial directors, discussions among members and Companions, recognition of Missionaries who are celebrating milestone anniversaries this year, and a Mass during which Gregory Evers, C.PP.S., will make his definitive incorporation into the Congregation.

Please pray for the Missionaries of the Precious Blood this week as they step into their future in faith.