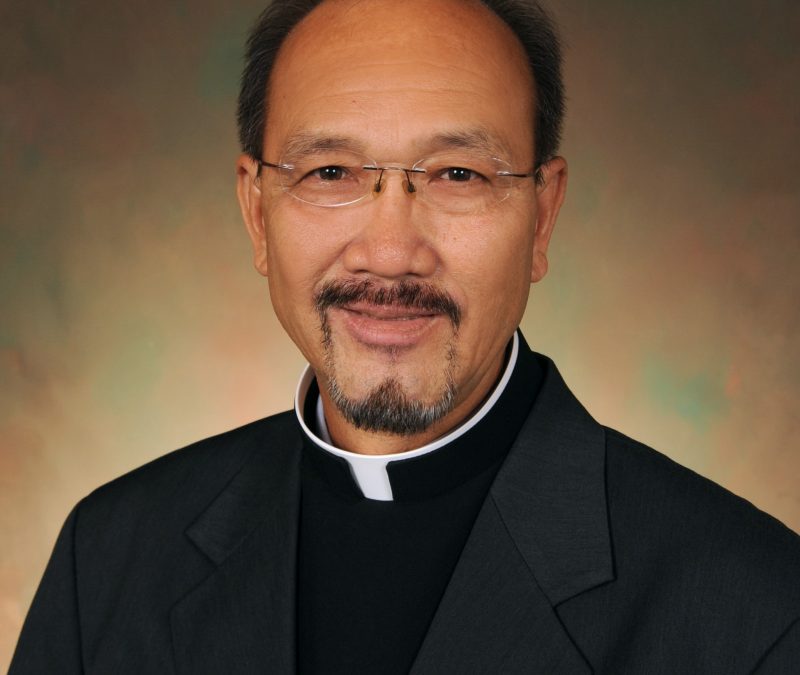 Fr. Dien Truong, C.PP.S., is celebrating the 25th anniversary of his ordination this year.

Fr. Truong, a native of Gia Dinh Province, Vietnam, was incorporated as a Missionary of the Precious Blood on April 17, 1995, and was ordained on June 28, 1997, at St. Thomas of Canterbury Church, Chicago.

His first assignment after ordination was as parochial vicar at St. James Church in Liberty, Mo.

In 2002, he traveled to Ho Chi Minh City, where he assisted with the Missionaries’ Vietnam project and was its director of formation. He returned to the U.S. in 2010 for graduate studies at Catholic Theological Union in Chicago.

In 2012, he was appointed director of the Missionaries’ Vietnam Mission and in the years that followed, served as the mission’s director of development and its assistant director.

Since 2021, he is a teacher at the Pastoral Institute of the Archdiocese of Saigon in Ho Chi Minh City.

Fr. Truong, along with the Missionaries’ other 2022 jubilarians, was honored at a Mass at St. Charles Center on July 1, the Feast of the Precious Blood.