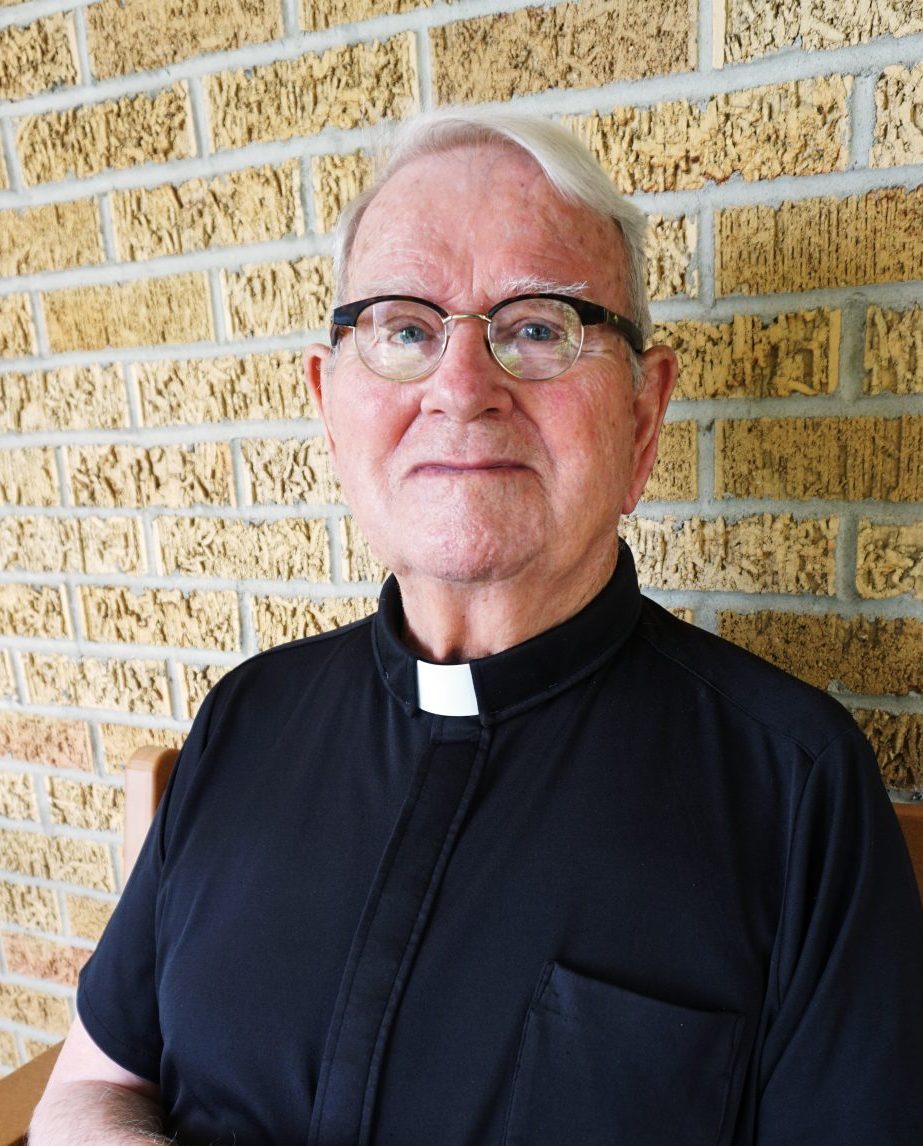 Fr. Edgar Jutte, C.PP.S., this year is celebrating the 60th anniversary of his ordination.

Fr. Jutte, a native of St. Peter, Ohio, was incorporated as a Missionary of the Precious Blood on August 15, 1956 and was ordained a priest on June 9, 1962 at St. Charles Seminary, Carthagena, Ohio.

Fr. Jutte spent many years as a missionary to countries in Latin America. After his ordination, Fr. Jutte served at Precious Blood Church in Fort Wayne, Ind.; before accepting an assignment in 1965 to the Missionaries’ mission in Peru. He returned to the United States in 1973.

From 1973-76, he was the chaplain of the Sisters of the Precious Blood convent in Maria Stein, Ohio. He then served at Sts. Peter and Paul Church in Ottawa, Ohio, from 1976-78.

Fr. Jutte, along with the Missionaries’ other 2022 jubilarians, was honored at a Mass at St. Charles Center on July 1, the Feast of the Precious Blood.