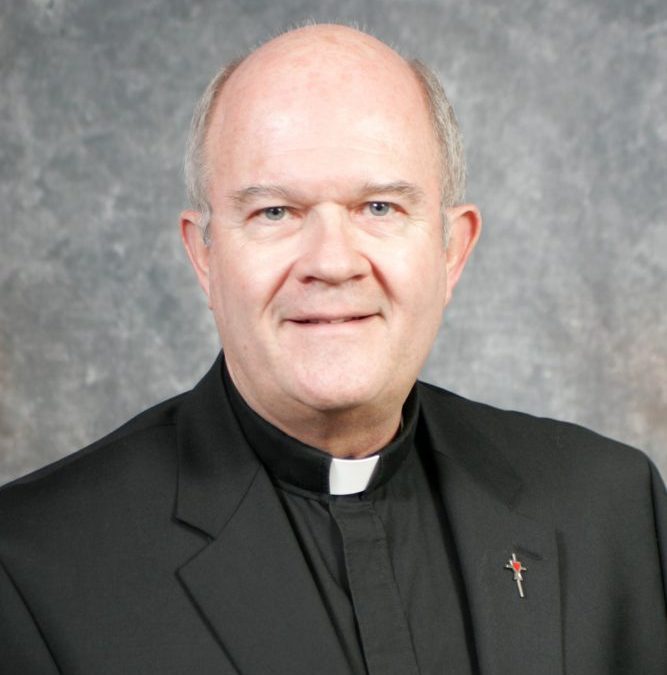 Fr. Jerome Stack, C.PP.S., is celebrating the 50th anniversary of his ordination this year.

His first assignment after ordination was as an instructor at Cardinal Newman High School in Santa Rosa, Calif. He then undertook clinical pastoral education at Napa State Hospital in Napa, Calif., and graduate studies in pastoral counseling at Claremont School of Theology in Claremont, Calif.

Fr. Stack served as chaplain of St. Lucy Priory in Glendora, Calif., from 1974-76. From 1976-80, he was an instructor then vice principal of Cardinal Newman High School in Santa Rosa. He served as associate pastor of St. Edward Church, Newark, Calif., from 1980-82.

From 1982-2001, he was a chaplain at Metropolitan State Hospital in Norwalk, Calif. In that time, he also served as director of formation for the Missionaries’ Province of the Pacific. He was elected as provincial councilor and served two terms.

From 2001-07, he was the second general councilor of the worldwide Congregation, and was also appointed as secretary general, serving in Rome.

Upon his return to the United States, Fr. Stack was named editor of C.PP.S. Resources, a position he still holds.

He served on the faculty of Calumet College of St. Joseph, Whiting, Ind., from 2009-10, and was active in parish ministry and Hispanic ministry in Whiting from 2009-17.

Fr. Stack was the parish administrator of the Whiting Cluster of parishes from 2015-16.

He retired in 2017, and now makes his home at St. Charles Center in Carthagena, Ohio.

Fr. Stack, along with the Missionaries’ other 2022 jubilarians, was honored at a Mass at St. Charles Center on July 1, the Feast of the Precious Blood.