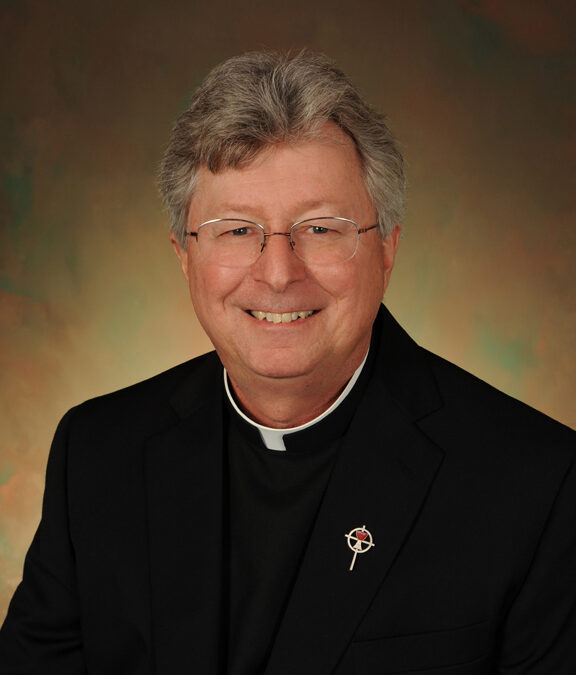 Fr. Joseph Nassal, C.PP.S., is celebrating the 40th anniversary of his ordination this year.

Fr. Nassal, a native of St. Charles, Mo., was incorporated as a Missionary of the Precious Blood on December 14, 1980, and was ordained on June 5, 1982, at the Cathedral Basilica of Saint Louis.

After his ordination, Fr. Nassal served at St. Mary Church in Centerville, Iowa, as a parochial vicar. He worked in the social action department of the Diocese of Davenport, Iowa, from 1984–85 and then was appointed parochial vicar of Sacred Heart Church in Sedalia, Mo.

After graduate studies at the Institute of Religious Formation in St. Louis, he became the director of the Precious Blood House of Formation in Kansas City, Mo., from 1988–91. He was also elected to the provincial council during that time.

From 1991–95, he carried out retreat and renewal ministry, living at the Missionaries’ Precious Blood Center in Liberty, Mo. He was coordinator of vocation ministries from 1991–92. During that time, he also managed the Missionaries’ publications, The Wine Cellar and the New Wine Press.

In 1995, he became the director of Shantivanam House of Prayer in Easton, Kan. He was also re-elected to the leadership team of his Congregation. He was in residence at the Adorers of the Blood of Christ motherhouse in Ruma, Ill., from 1998–2000, while he continued his retreat and renewal ministry. He was also the Gerber Institute visiting professor at Newman University in Wichita.

From 2002–05, he helped develop the fledgling Precious Blood Ministry of Reconciliation in Chicago, a ministry center that is still thriving. At the same time, he continued his retreat and renewal ministry.

In 2006, Fr. Nassal was elected vice provincial of the Kansas City Province. From 2011–2019, he served as provincial director.

Since 2019, Fr. Nassal has resided at the Missionaries’ mission house in Berkeley. He continues to travel extensively to preach and encourage the people of God. He is the author of several books, including Passionate Pilgrims: A Sojourn of Precious Blood Spirituality and Rest Stops for the Soul.

In June, he was elected vice provincial of the Missionaries’ new United States Province.

Fr. Nassal, along with the Missionaries’ other 2022 jubilarians, was honored at a Mass at St. Charles Center on July 1, the Feast of the Precious Blood.