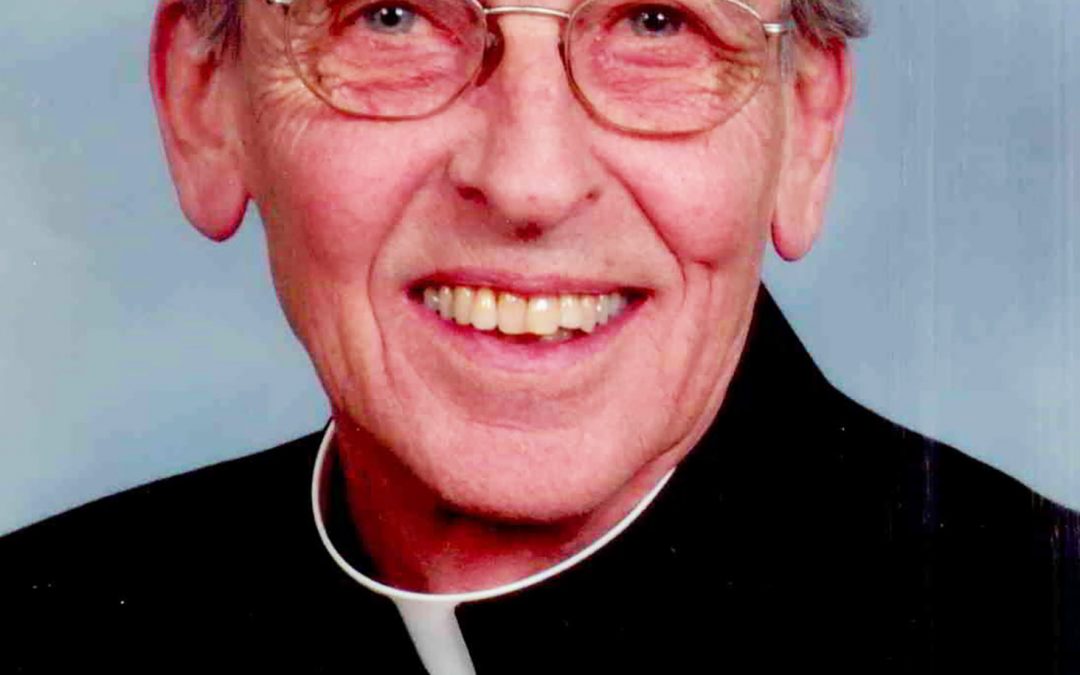 He was born on October 11, 1938, in Kendallville, Ind., to Glenn and Mildred (Autenrieth) Patterson. He entered the Missionaries of the Precious Blood in 1952 at Brunnerdale, their former high school seminary outside of Canton, Ohio, and was ordained on June 5, 1965.

Fr. Patterson was a pastor and a missionary. After his ordination, he served at Our Lady of Good Counsel Church in Cleveland until he was assigned to serve in the Community’s mission in Chile in 1968. He ministered at parishes in Rio Negro and Valdivia in southern Chile.

In 1979–80, Fr. Patterson studied at San Anselmo in Rome. Upon his return to Valdivia, he was appointed pastor at Santa Inez Church. From 1980–95, he also taught liturgical/sacramental theology at the nearby major seminary. During his last four years in Chile, he served as director of the Chilean Vicariate.

Fr. Patterson returned to the U.S. in 1995 then served as parochial vicar at St. Andrew Church in Orlando. From 1999–2013, he served at St. James the Less Church in Columbus, Ohio, especially ministering to the Latino community there.

He was preceded in death by two brothers, Robert and Jerry, and a brother-in-law, James Pickert.

Throughout his life, Fr. Patterson was known as a man of intellect and a man of service. He was able to learn whatever he needed to help people, noting that he flunked French and Latin in high school, but later became fluent in Spanish when he ministered among Spanish-speaking people.

Typically smiling, he had a good sense of humor and a companionable approach to people, all people. He worked for social justice no matter where he was assigned and was dreaming of ways to promote solar power at St. Charles Center right up until his death.

Fr. Patterson faced many health issues with courage and grace. “I’m not afraid to go on to the other side,” he said near the end of his life. “I never asked for any of my appointments, but I fell in love with every place I was sent. And I know this will be the same.”

A Mass of Christian Burial will be celebrated at 2 p.m. on Friday, October 14 at St. Charles Center. A wake service will be held earlier in the day, from 10 a.m. until the beginning of Mass. Interment of his ashes will follow the Mass in the Community cemetery.

Memorial contributions may be made to the Missionaries of the Precious Blood.