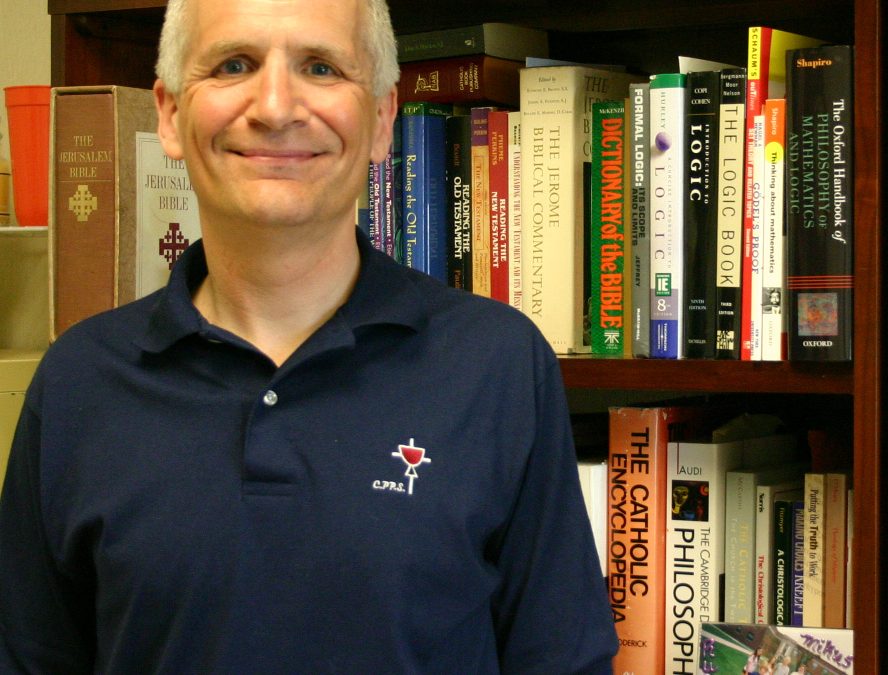 Brother Rob Reuter, C.PP.S., has a disciplined mind and an open heart for others.

Brother Rob, a native of Cleveland, is an associate professor of philosophy at Saint Joseph’s College in Rensselaer, Ind. He loves the logical function of the human mind, and encourages his students to see the beauty in it as well – but he also loves those times when the mind is set free to roam around on its own. For him, usually, that’s when he’s on a long bike ride. “That’s when I can think about life issues, philosophical issues, in a non-rigorous way. My mind can slip into a free flow,” he said. “And every once in a while, I come up with a great idea.”

One of his great ideas was becoming a religious brother. It’s not always easy to explain, even to Catholics, what a brother is and what a brother does, he said. “People who are not Catholics have no idea what brothers are—and even some Catholics don’t know,” he said. “Sometimes I say, ‘A brother is the Catholic Church’s male version of a nun.’ And they say, ‘Oh, I get that.’ Here at Saint Joseph’s, I hope the students think of me as ‘a guy who is always on campus, who is there when I need him and who will help me out.’”

Brother Rob spent a sabbatical year at St. Adalbert School in Cleveland, working as a maintenance person, so he knows what he is talking about when he says, “In my mind, a brother is someone who usually is behind-the-scenes. It’s kind of like a maintenance person: when you do your job well, no one notices you. You blend in with the people. So it’s the perfect vocation for me. We brothers stand in solidarity with lay people, not as authority figures in the Church—although the Church needs authority figures—but brothers identify more with the part of Christ’s mission as someone who walks with the people.”