Brother Looks Back on Life of Ministry 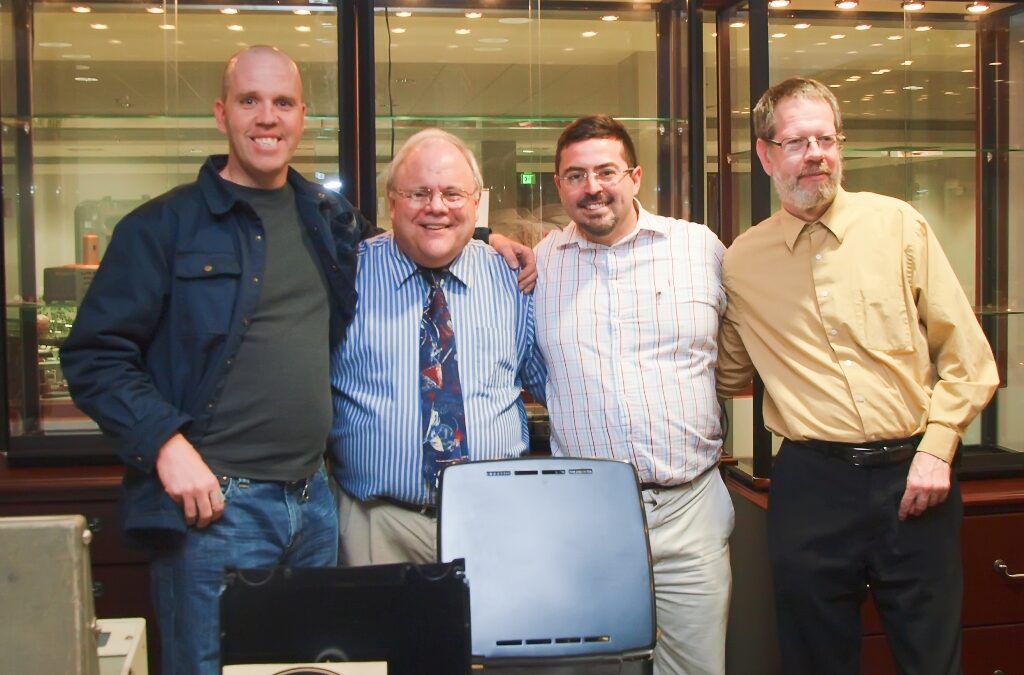 Brother Ben Basile, C.PP.S., is in a reflective mood these days.

He’s thinking back on his 50 years of ministry, 40 of them at Calumet College of St. Joseph in Whiting, Ind. It is right for him to be reflective.

Doing the right thing at the right time is a theme that Brother Ben can see in his life. “Why have I done all the things that I’ve done in my life? Getting into teaching, joining this Community, becoming an organist, working on pipe organs—I do these things because I am compelled to do them,” he said. “My favorite Gospel story is the Emmaus story, where at the end they say, ‘Were not our hearts burning inside us?’”

“I’m compelled to do the things I do, whether it’s Community life, teaching, music—I spent 20  years doing music ministry for the small parish attached to the Cathedral of the Holy Angels in Gary, and there were any number of times when I would think, ‘I’m not doing this anymore.’ Then I would think about the folks who were there and how we were doing church. I was compelled, and that’s part of what call is.

“We talk in our Community about discernment, and my discernment comes from my gut. Even when I first joined in formation (to become a religious brother), my thought was, ‘I will know if this is for me. I will feel it.’ And that’s how it has occurred.”

It occurred to him several years ago that it was getting to be time to step down from his fulltime duties at CCSJ, where he was an associate professor of math. The college approved his retirement in April, awarding him emeritus status. He will continue to teach one math class per term, called Finite Math.

“That’s where we look at the algebra that we forced everybody to learn, and take it to the next level,” he said. “It’s a college-level math experience, but it’s not just more algebra. We also use technology—I teach it in a computer lab.”

He’ll retain his office at CCSJ, “so nothing has changed there,” he said. “I’m still a part of the team, part of the academic community.”

As for his work at the college, he’s able to see that CCSJ is in a good place for him to step away. “The people in our math department are just great. I provided what I needed to do for the time I was there. I have hired my successor twice now, once when I was the college’s registrar (now his protégé Diana Francis holds that position), and once in the math department (he recommended former adjunct Dr. Carrie Hutton, whom the college hired to teach fulltime).

“It’s in good hands. I can walk away knowing the math department is in good shape, and I did my part to set it up that way,” he said.

That’s been his role. “The role I have played is to help set up situations so that people will actualize their potential, institutions too. If I look back, that’s my overarching accomplishment. I look back, and that’s been the way that I’ve worked,” he said. “Isn’t that what we are doing in our ministry of reconciliation? We bring people together so they can be who they are supposed to be, together.”

These days, he has time for his own pursuits, which include, and always have included, music. He is taking his extensive record collection, particularly organ music, and putting it on a data base.

“I’m having a great time doing that, because I’m listening to all the records as I’m doing it. I’m researching the history of the organs and organists. It’s a very interesting and esoteric hobby. It gives me a focus.”

He listens to recordings of music that he has played and he thinks, “That’s not half bad!” That makes him

happy. The same with his career at the college, his life with the Community.

“Reflecting on what has led me through all these years, can I find any themes? Working at the college is not what you might call a high-profile apostolate, it’s not marching for justice in the front lines, but it is a consistent effort of helping of people to actualize their potential. Looking back over all these years, there are lots of points where I helped somebody—I’ve been the one to help them through whatever is going on in their lives. It’s not something you could put on the front cover of C.PP.S. Today—at the same time it is part of our commitment as a Community and I am compelled to do that.”

“As a religious congregation, we’re doers, we’ve always been doers. We’re not always the best at articulating it, but what we do speaks volumes about who we are.”

His ministry at CCSJ can continue whether or not he is in a classroom. He looks forward to being a presence at the college, talking to students in the halls, being available for people who need his support and listening ear.

That sense of accompaniment is an important part of his life as a C.PP.S. brother. “You’re not a brother unless you’re in community with others. It does not necessarily mean you are living with everyone else, but you are involved with everyone else.”

Years ago, the Missionaries hosted a symposium in the Cincinnati Province on the vocation of brothers. All were asked to bring an object to the symposium that represented a brother’s life. Brother Ben brought a pair of shoes, “because your brother walks with you. That’s a very powerful thing for me.”