“God Bless All of You” 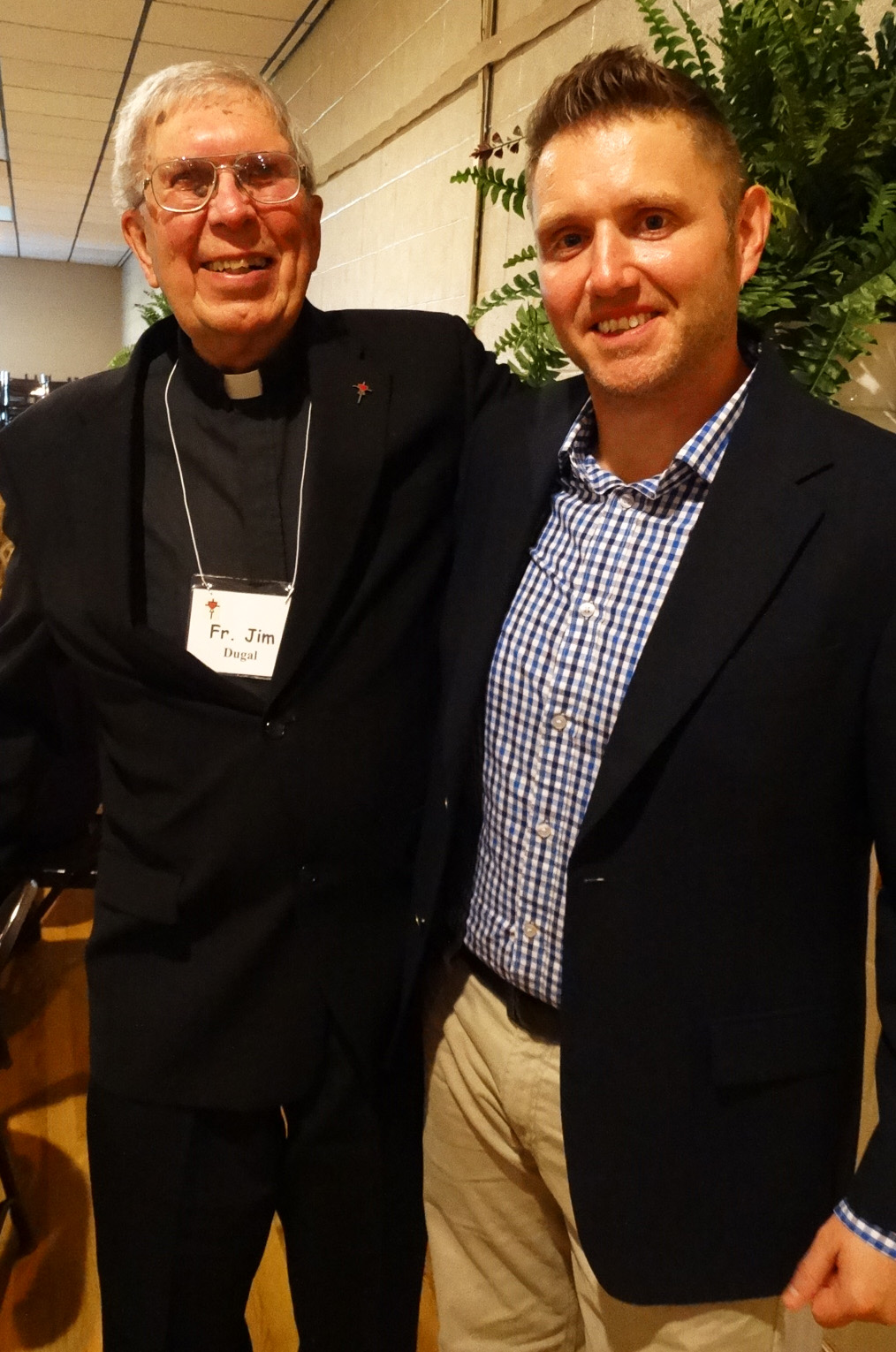 “God bless all of you. You make a difference, and I am proof of that.”

Those words of praise and thanks were offered to priests, brothers and sisters during this Year of Consecrated Life during a dinner in their honor at the Knights of St. John Hall in Maria Stein, Ohio, on September 13.

Nick Rentz of Our Lady of Guadalupe Parish in Montezuma, Ohio, was one of the speakers during the dinner, which was sponsored by the Archdiocese of Cincinnati’s St. Marys deanery, the Sisters of the Precious Blood and the Missionaries of the Precious Blood. Nick said that the course of his life was changed by Fr. Jim Dugal, C.PP.S., when Fr. Dugal was pastor of Our Lady of Guadalupe.

“I had grown up as a cradle Catholic, but I absolutely lost interest in the Church in high school, and it got worse in college,” Nick said. “I not only left the Church, but became an outspoken opponent of it.”

All that changed when he was preparing to marry in his home parish. He and his fiancé went to Fr. Dugal for marriage preparation classes. Nick said he found in Fr. Jim someone who could listen to his ideas “and give us the religious context of marriage in the Catholic Church. He wasn’t a fire-and-brimstone character, and that really made an impression on me.”

Fr. Dugal’s quiet encouragement made Nick rethink his position on the Church. “I had a lot of questions. Fr. Jim always took the time to answer when I was questioning my way back into the Church.”

Nick, now married and a father, is a high school religious education instructor and a Eucharistic minister. He and his wife are a FOCCUS couple. “Fr. Jim is the pinnacle of what consecrated life should be,” Nick said. “He’s a tremendous teacher, who teaches by example. He lives the Gospel. I’ve seen it first hand.”