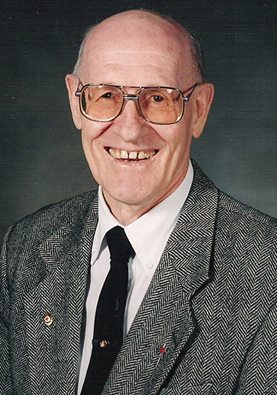 Here’s a vocation story that we just found in our files, from the late Br. Bernie Barga, C.PP.S., who grew up on a farm in Darke County, Ohio:

Leo Barga’s family began with five daughters, then in 1928, he had a son who could help him on his farm outside of North Star, Ohio. “I was at my father’s side all the time,” said Br. Bernie, who was that son. “I was his handyman, and he had a lot of confidence in me. He let me do a lot of things at an early age.”

But when he was 15, Br. Bernie knew that he would have to tell his father that he was leaving the farm. “God was calling me to be a priest or brother, and I had to go away to study,” he said. By then he had a younger brother, but he knew his absence would still mean a hardship to his father.

Another father may have ranted and raved, or turned his face away. But Leo Barga didn’t operate in that way. “When I finally told him I had to go, he told me that he felt privileged that God would deem his son worthy to be a priest or brother,” Br. Bernie said. “Dad was very open to letting me go. He was willing to let me follow the Lord in a special way.”

Leo’s reaction did not surprise his son. “I expected him to be very positive, because that was the type of person he was,” Br. Bernie said. “He was very giving. We treasured our dad very much because he entrusted so much to us. None of us ever wanted to do anything to harm him.”

Lord, let us all be so open to your call as we follow you faithfully!