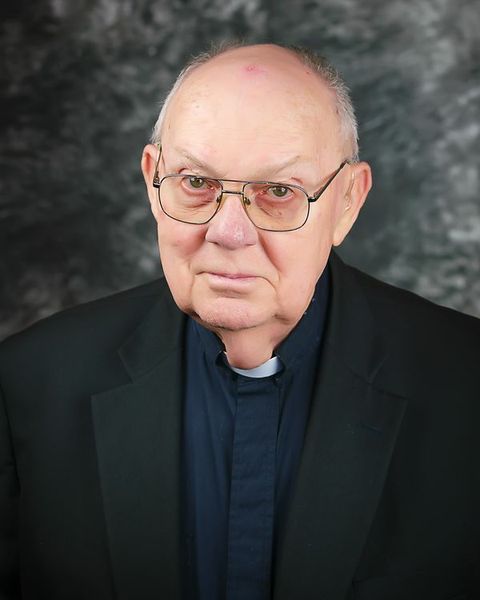 Upon his ordination, Fr. Reed was assigned to St. Charles, then a seminary. He then studied canon law at Catholic University and also pursued higher studies in Rome, earning a doctoral degree. From 1958–59, he served at St. James the Less Parish in Columbus, Ohio. In 1959, he returned to St. Charles Seminary, where he served as a professor of canon law. From 1967–68, he served as pastor at St. Sebastian Church in Chickasaw, Ohio. In 1968, Fr. Reed was assigned to the chancery office of the Diocese of Fort Wayne-South Bend, Ind.

Fr. Reed was one of 14 siblings. Survivors include his brothers Richard; Patrick and his wife, Pat, of Red Lion, Pa.; Edward and his wife, Judy, of York, Pa.; four sisters-in-law, Mildred (Mickey) Reed of Oldsmar, Fla.; Helen Reed of Weymouth, Mass.; Mary Reed, York, Pa.; and Audrey Reed of Rehoboth Beach, N.J.; and numerous nieces and nephews, great-nieces and great-nephews.

Fr. Reed had a brilliant mind and was well equipped to study the intricacies of canon law, said his friend, Fr. James McCabe, C.PP.S., who noted, “He spent 10 years as a professor of canon law, and the seminarians enjoyed his classes as much as canon law could be enjoyed.”

Along with it came a dry sense of humor. “He could tell a joke and never smile, even when everyone around him was cracking up,” said his brother, Edward Reed. “He was also a very humble man. Throughout his life he was very modest about all his accomplishments.”

Fr. Reed enjoyed his years in parish ministry. He also loved to fish, often inviting parishioners along on fishing excursions.

A Mass of Christian burial was celebrated on Monday, January 4, at 2 p.m. in Assumption Chapel at St. Charles Center. Burial followed in the Community cemetery.