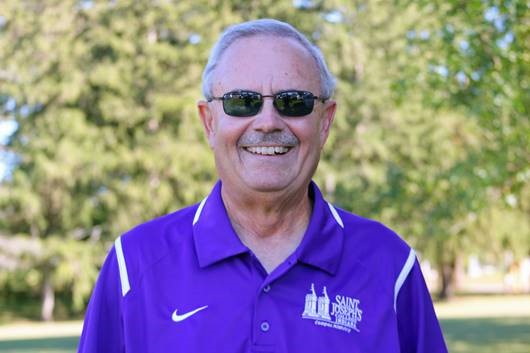 Congratulations to Br. Timothy Hemm, C.PP.S., who this year is celebrating the 50th anniversary of his profession.

Br. Tim, 70, a native of Piqua, Ohio, entered the Society in 1961 and was professed a brother on August 15, 1968. He has been active in education ministry for many years.

Br. Tim first taught at St. Joseph School in Wapakoneta, Ohio, before being assigned in 1972 to Saint Joseph’s College in Rensselaer, Ind., which is sponsored by the Missionaries of the Precious Blood. He has been a part of campus life at Saint Joseph’s ever since, performing many functions at the college. While operations at the college were suspended in May 2017, Br. Tim remains on campus helping to care for the building and grounds while a plan for it to reemerge as a new institution is put in place.

Br. Tim’s anniversary, along with the milestone anniversaries of 12 other Missionaries of the Precious Blood of the Cincinnati Province, signifying hundreds of years of ministerial service to God’s people, will be celebrated in a special liturgy on July 2 at St. Charles Center.