Fr. Matt Returns with his Chalice 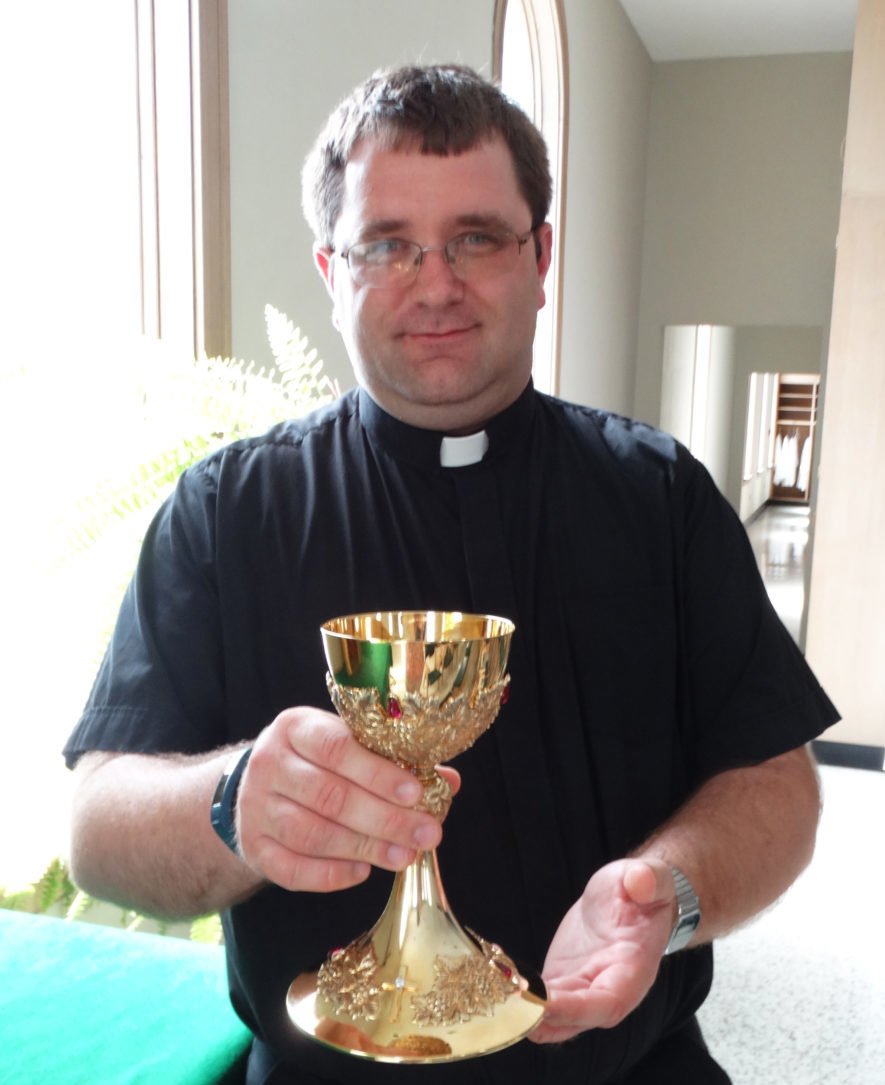 The newly ordained Fr. Matt Keller, C.PP.S., has a special connection to St. Charles Center in Carthagena, Ohio. He grew up in Maria Stein, Ohio, just a few miles away. Missionaries of the Precious Blood, whose motherhouse is St. Charles, minister at his home parish, St. John the Baptist.

And when Fr. Matt was 17, he went to work at St. Charles for Br. Paul Chase, C.PP.S., helping him with his chickens. Later, Matt worked on the grounds at St. Charles and did any other chore that was required of him. He even worked at the front desk, where he would encounter the retired C.PP.S. members who live in the house, including Fr. Paul Schaaf, C.PP.S.

The priests and brothers, including Fr. Schaaf, knew that Matt was discerning a vocation, and they would encourage him. “Fr. Paul told me to always take school seriously,” Fr. Matt said. “He told me never to quit.”

Fr. Schaaf died in 2007, shortly after Matt entered initial formation with the Community. In June, shortly before Fr. Matt was ordained a priest, the Community presented him with Fr. Schaaf’s chalice. It was a memorable moment for him; he has been in contact with Fr. Schaaf’s surviving family members to let them know how much the chalice means to him. Fr. Matt Keller with his chalice from the late Fr. Paul Schaaf.

He’ll bring the chalice back to St. Charles on Thursday, June 28, when he’ll preside at morning Mass. There, the C.PP.S. priests and brothers who could not make the trip to his ordination Mass will be able to celebrate with him. It’s a good reminder that the love of God never ends; it circles back in our lives and ties everything together.