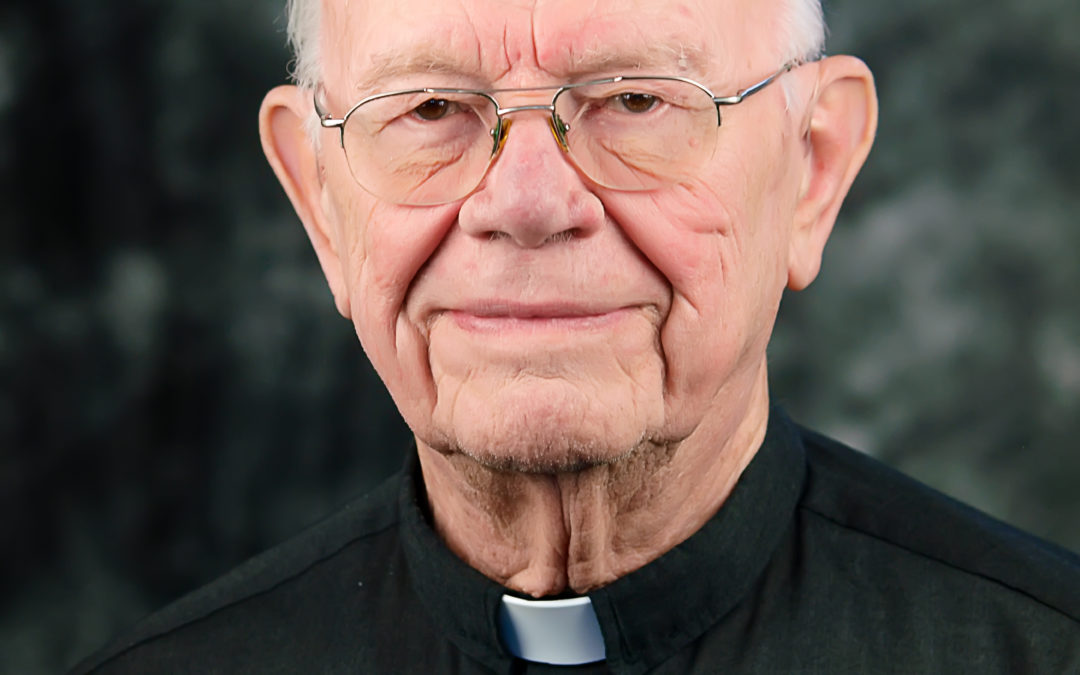 Congratulations to Fr. Donald Thieman, C.PP.S., who this year is celebrating the 65th anniversary of his ordination.

After his ordination, Fr. Thieman served at St. Ann Church in Toledo and St. Augustine Church in Minster, Ohio. In 1958, he volunteered for ministry in the Congregation’s mission in Chile, and served there for over 50 years.

In Chile, Fr. Thieman was a pastor of churches in Santiago and Valdivia. He served as the director of the Chilean Vicariate from 1970-74. He lived through 17 years of violence after the Pinochet military coup, and helped the people he served survive those times of trial with courage and grace.

In 2012, after 53 years in Chile, Fr. Thieman returned to the United States and now makes his home at St. Charles Center.

Fr. Thieman’s anniversary, along with the milestone anniversaries of 12 other Missionaries of the Precious Blood of the Cincinnati Province, signifying hundreds of years of ministerial service to God’s people, will be celebrated in a special liturgy on July 2 at St. Charles Center.