God, What Are You Thinking? 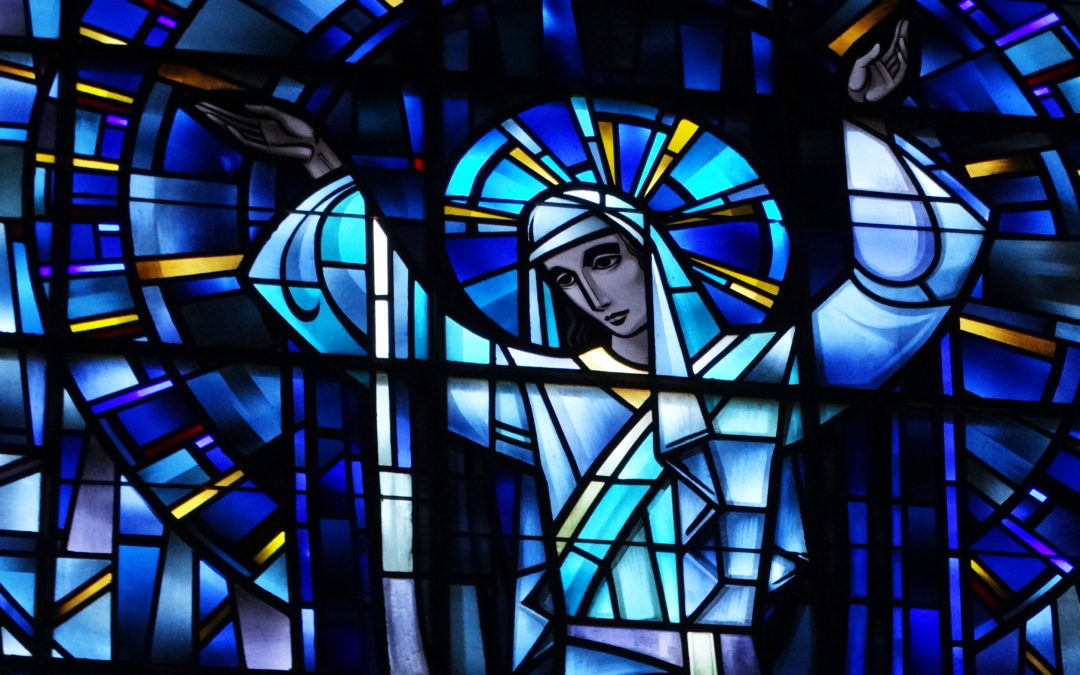 “When I get out of the Catholic Theological Union, I am going to do . . . “When I get definitively incorporated and then ordained, I am going to . . . ” My confreres, classmates and I commonly used statements like these during formation. We tended to reduce our whole vocation to a matter of choice and willpower. There is nothing sinful about saying these things. I think we were describing a personal transformation in a very practical way. However, it misses a deeper point. God chose us first. It was not as if I was doing anything particularly well in the eyes of God and then the Holy Spirit swooped down on me like a falcon. If anything, I wanted to always ask, “God, what were you thinking?” The three readings on this Sunday, January 6, 2018 reflect this. God tends to choose the outlying characters to witness and proclaim the inbreaking of the Kingdom.

In the first reading, you could easily see why this Isaiah reading is paired with the Magi story because of the camel caravans and gold and frankincense in verse six. There is more to it. Jerusalem at this time has experienced its share of violence from the outside and exploitation from the inside. Jerusalem in particular and Judah in general are sandwiched between two hostile foes, Egypt to the west and Assyria to the east. However, God is going to reverse these fortunes. God calls forth the Israelites to a new splendor. While Israel as a people are broken in two geopolitically and fragmented socially, God is saying that other nations are going to follow their example. It is definitely not that the Israelites are doing everything right and that somehow produces election from God. Just imagine if God said these same things about modern day Iraq (fragmented into at least in three social layers). What if God chose modern day Mosul to “splendor?” I hope that Mosul in particular and Iraq in general rebuild themselves and become a model whose example others will follow. Right now, I do not see that happening. If God made this proclamation, I would want to see how this was going to happen. God, what are you thinking?

In the second reading, Paul did not say, “one day, I decided to become a minister.” Instead, he states that “God’s grace was given to me.” Again, God chose another unlikely character. Paul did not build a long resume in pastoral leadership before presenting himself to Ananias. God could not have picked a more difficult character to witness and proclaim the Kingdom of God.  If I was standing there with Ananias, I would ask him, “How is this going to work?” God, what are you thinking?

In the Gospel, what was God thinking with the Magi? I struggle to find much that is wise with any of them. They follow a bright star that will surely lead them to the Savior. However, they become lost and present themselves and their cause to the last person in the world whom you would want to involve— Herod. Through this encounter, the Magi are making themselves unwitting accomplices to an infanticide. Secondly, I do not see how many Jewish people would see the Magi as wise either. The Matthean community was a faithful Jewish community sharing this story with other faithful Jewish people. Not only were the Magi outsiders to Judaism, it is said that they believed in astrology. Astrology falls outside of Jewish theology. The first recipients of this story would not have viewed the Magi as wise. They would have viewed the Magi as comical. They would have heard this story as a gathering of fools bumbling through Israel searching for the Savior. They would have asked the Matthean community, “Where is this story going?” Maybe that is the point. Through the centuries, God has called all kinds of characters forth to minister, proclaim and witness to the Kingdom of God.

In 1815, God called forth a Catholic priest in Rome who was named after the Magi to form a community that would rebuild and renew the Church. This priest in effect already was serving God. If he had his druthers he would have wanted to join the Jesuits. But God had more plans for him. In some ways, he was a good choice. He had already proven himself in a prison resisting a pledge to Napoleon with “I cannot, I will not, I shall not.” On the other hand, that same prison experience damaged his health, which had to get in the way of doing the work that God called him forth to do. Nonetheless, God called forth Gaspar del Bufalo to rebuild and renew the Church.

On this January 6, as we gather for Eucharist to give thanks and celebrate the Epiphany, we give thanks for all that Jesus has done for us. Jesus outpouring and sacrifice of himself has changed our lives forever. We could also give thanks for God calling us forth together, unlikely characters though we may be, to serve and renew the Church, to witness to the Kingdom of God, and to continue God’s renewal and reconciliation of God’s people.