Time was Different for St. Gaspar 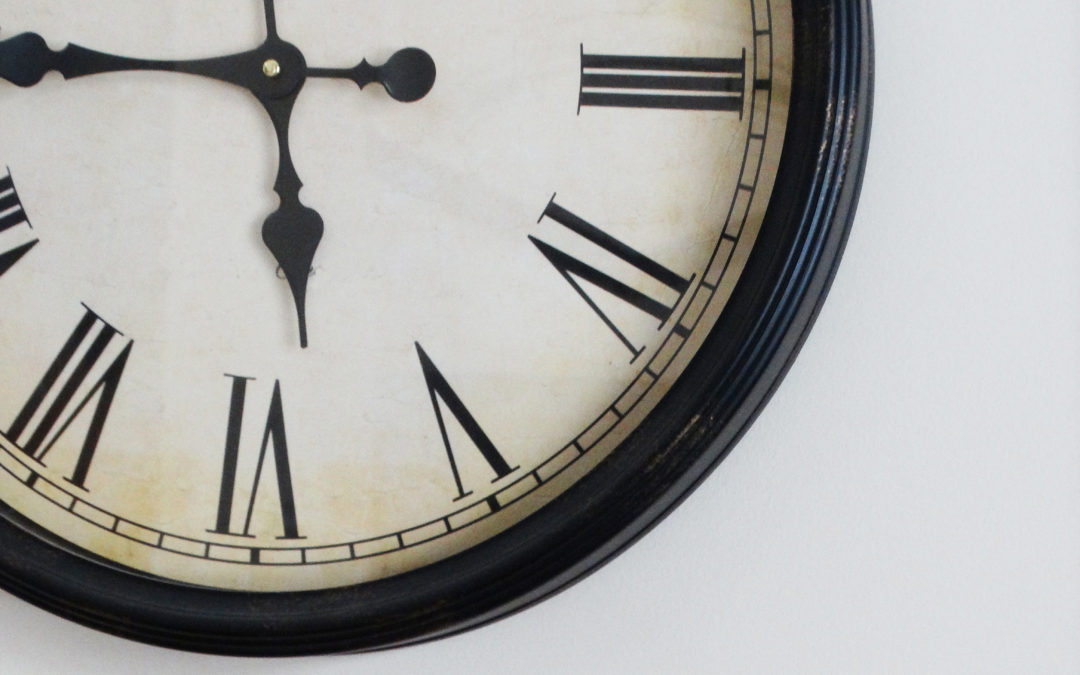 Today we take for granted our system of timekeeping. It seems so easy, so intuitive. We should not forget that other systems of marking the hours of the day have existed throughout history. One of those systems was found until recently in the old Liturgy of the Hours or Breviary, with sunrise, mid-morning, noon, and mid-afternoon being designated as Prime, Terce, Sext, and None (first, third, sixth and ninth hours).

In the writings of St. Gaspar, one encounters an unusual system of timekeeping. In parts of Italy during that era, it was still customary for sunset to mark the beginning of the day, which was divided into 24 hours. (In some areas, the day would begin a half hour after sunset, at dusk.) Sunset was the 24th hour, equivalent to our midnight, so that an hour after sunset would be designated the first hour.

To us, such a system seems impractical and confusing. How could one schedule an event at a specific time several months in advance? One can see this problem in St. Gaspar’s method for giving missions, in which he offers two sample schedules for different times of the year, with the same events assigned to different hours.

Although this system was officially replaced in most of Italy with our modern system in the middle of the 18th century, its use persisted well into the 19th century in some areas, probably because people were comfortable with it and it met their needs.

Since many people were engaged in work that took place outdoors, it was important to get that work done during the daylight hours. The “Italian system” of timekeeping let people know how much time they had left in the day to get work done. Ordinary people probably did not care whether it was, say, 3 p.m. by modern timekeeping system, but they cared very much about how much time remained in the day to get work done in the field. I would hazard a guess that ordinary people did not have watches or even clocks but might rely on the striking of church bells. (St. Gaspar used church bells to signal various events in the mission, for example.)

Clocks that rang bells apparently used the “double twelve” system, where the 13th hour would be struck with one bell. This used less power and thus permitted longer periods between winding. The system may also be due to the possibility that people might lose count if there were too many rings! One famous clock that indicates this method of keeping time, also called “old Czech time,” is found in Prague, where the outer ring of the clock moves to indicate the appropriate hour of “Italian time.”

This unusual practice tells us something about the life of the people with whom Gaspar and the early Missionaries were ministering. Their days varied significantly with the seasons of the year, with sunset occurring as early as 4 p.m. or as late as 8 p.m. in some areas of Italy. Their lives were in large part in tune with the rhythm of the seasons and the consequent number of hours of daylight each day.

Given that many of the people were engaged in agriculture, Gaspar also avoided scheduling missions during harvest times. He also created a daily schedule that would take into account the needs of the contadini or farmers. For example, the evening oratory for men, a daily event, took place at the end of the day, when the men would be home from the fields or other places of work.

I would hazard a guess that in Rome, our modern system of timekeeping was likely in place. Gaspar, while very much a product of the city, was ready to adapt to the needs of the rural folk, even to the point of using their method of keeping time. Another example of how he paid attention to the “signs of the times.”