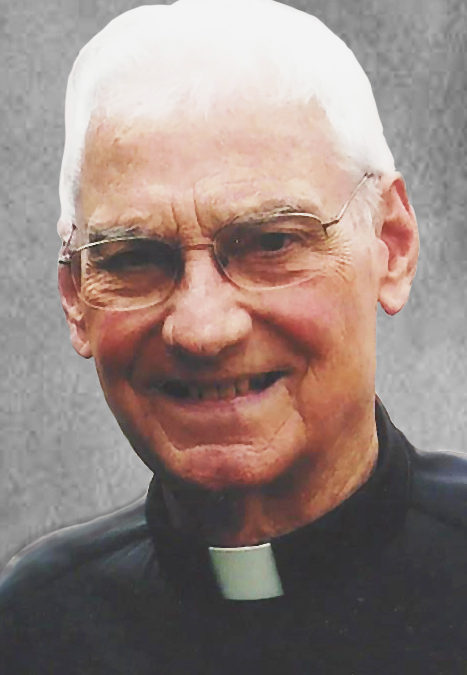 Congratulations to Fr. William Beuth, C.PP.S., who this year is celebrating the 60th anniversary of his profession as a religious brother.

Fr. Beuth, a native of Springdale, Pa., entered the Society in 1946 and was ordained on May 31, 1959. Fr. Beuth has served as a missionary to Peru and Guatemala for most of his life as a priest.

After his ordination, Fr. Beuth served as an associate pastor at St. Joseph Church in Wapakoneta, Ohio; St. James the Less Church in Columbus; and St. Joseph Church, Dayton. In 1962 he traveled to the C.PP.S. mission in Peru, where he served for over 25 years. In 1981 he became the director of that mission.

Fr. Beuth returned to the U.S. in 1986, and served as associate pastor of St. Anthony Church in Manteca, Calif. In 1992, he became part of the C.PP.S. mission in Guatemala, serving as the director of that mission from 2000-2002. Fr. Beuth still ministers in Guatemala, in the La Labor region.