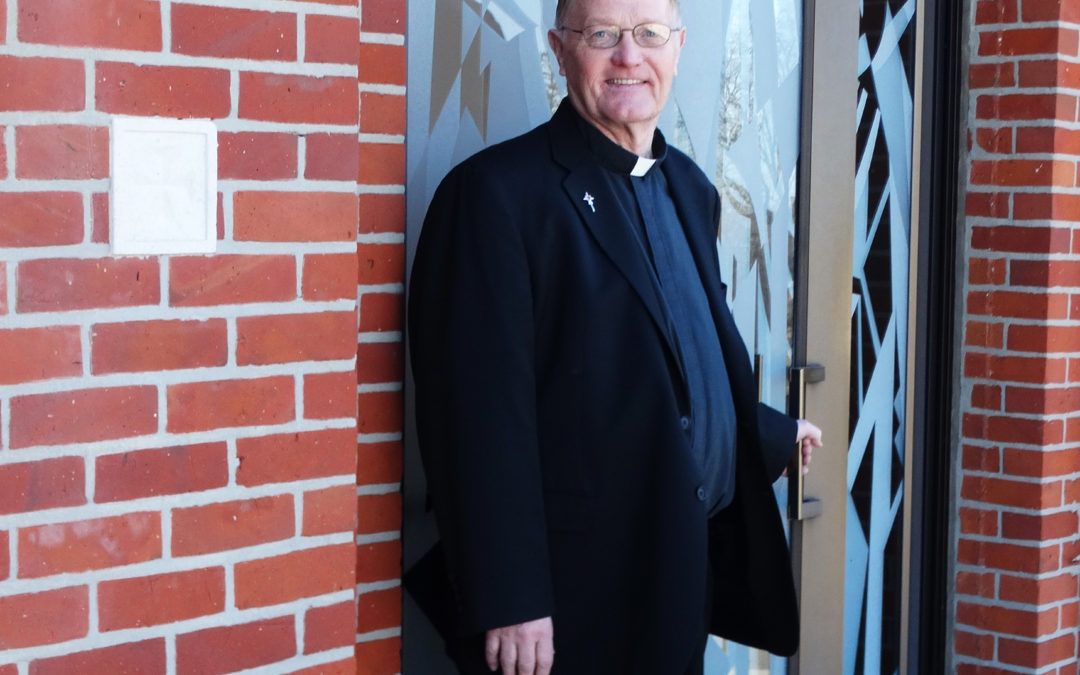 Fr. Rick, who was appointed pastor of Our Lady of Guadalupe Church in Montezuma, Ohio, on June 6, was scheduled to preside at a 1:30 PM wedding at the parish.  When he did not show up, members of the wedding party went to check on him in the rectory.  They found Fr. Rick unresponsive on the living room floor.  Emergency medical personnel were contacted and Fr. Rick was declared dead. An autopsy will be performed by the coroner’s office, which is normal when a relatively young and healthy person dies unexpectedly and alone.

On Tuesday, July 16, Fr. Rick was presiding at morning Mass at Our Lady of Guadalupe when he passed out, fell and hit his shoulder and head very hard. The congregation called the EMS. Before the squad arrived, Fr. Rick revived somewhat and parishioners helped him to the rectory. He insisted he was all right and declined treatment.

Staff and parishioners volunteered to check on Fr. Rick every 30 minutes throughout the day on Tuesday, and he cooperated with their kind efforts.

On Wednesday and Thursday, staff and parishioners commented that Fr. Rick did not seem to be tracking well and his color was not good. They encouraged him to get checked out, but Fr. Rick said he would be alright.

Fr. Rick, 66, was ordained in 1980—next year he would have celebrated his 40th anniversary as a priest. Many of those years were spent as pastor of St. Augustine Parish in Minster, Ohio, and St. Joseph Parish in Egypt, Ohio.

“We Missionaries are very sad for the people of Our Lady of Guadalupe, who were just getting to know their new pastor,” said Fr. Ken Schnipke, C.PP.S., vice provincial of the Cincinnati Province. “An unexpected death like this brings on a lot of emotions: shock, grief, bewilderment and turmoil, especially when the parish was already in a time of transition. We will help them through this very difficult time.”

Fr. Nieberding, a native of Dayton, is survived by three brothers, Ed, Jack and Ron, and their families.