It’s Darkest Before the Dawn 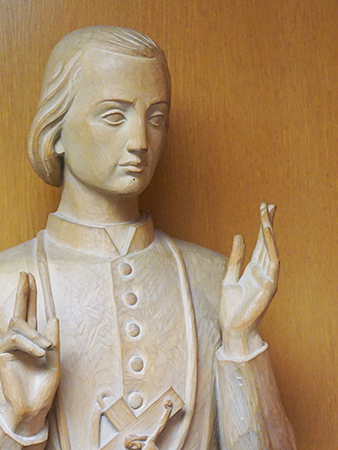 These three readings talk about destruction, conflict and danger, and what God does with that if we let God work in our lives.

In the first reading, the two regions of Zabulon and Nephtali bordered the Assyrian Kingdom. They were vassal states to the Assyrians. People in these two regions were not trusted and were treated poorly by their Assyrian conquers. Zebulon’s and Nephtali’s assets were treated as spoils of war. They were probably not respected by Israel and Judah because they were seen as collaborators. However, God has bigger plans for this conquered people.

In the second reading, it appears Paul is sorting out a drama that is going on in the Corinthian community. I won’t go into the details, but there is a two-sided conflict between two characters named Apollo and Cephas. Paul is challenging these sides by saying, “I indeed am of Paul, and I am of Apollo, and I am of Cephas; and I of Christ.” (Emphasis added.)

This sounds like some sort of drama built up around factionalism. I learned that groups can go through this, and it is sign of one of two things: 1) the group needs to grow or 2) the group needs to die. Paul believed that it was the former and he reminds the Corinthians of what is really most important: Jesus. He asks that the Corinthians be perfect. I don’t believe that this is a call to having a lack of faults. Maybe he is asking that they develop a discipline (mission), and that all decisions and actions in the name of Jesus follow this discipline.

In the Gospel, Jesus moves to Capernaum after he learns his cousin has been executed by Herod. Imagine that. The movement that Jesus was going to create was already at risk. John baptized Jesus. They were family. John was nothing short of a role model for Jesus. He was the forerunner of Jesus’ movement, and he was jailed and executed for calling out the powerful. Jesus moved to Capernaum not on his own will, but because he would fulfill the Isaiah prophecy. He also moved to Capernaum probably because he had felt at risk otherwise, and Capernaum offered temporary safety. Did Jesus lie low in Capernaum’s tea houses and taverns? No. He went out and started building the movement, but he did it smart. Obviously something bigger is going on here. Jesus is moving past the pain of losing John, and the fear of danger, and moving and building with God’s grace.

On this Sunday as we prepare to receive the Eucharist, let us ask God to help us move past our own problems, failures, weaknesses and dangers in our lives. Let the Eucharist take that garbage and use it as fertilizer for future growth.