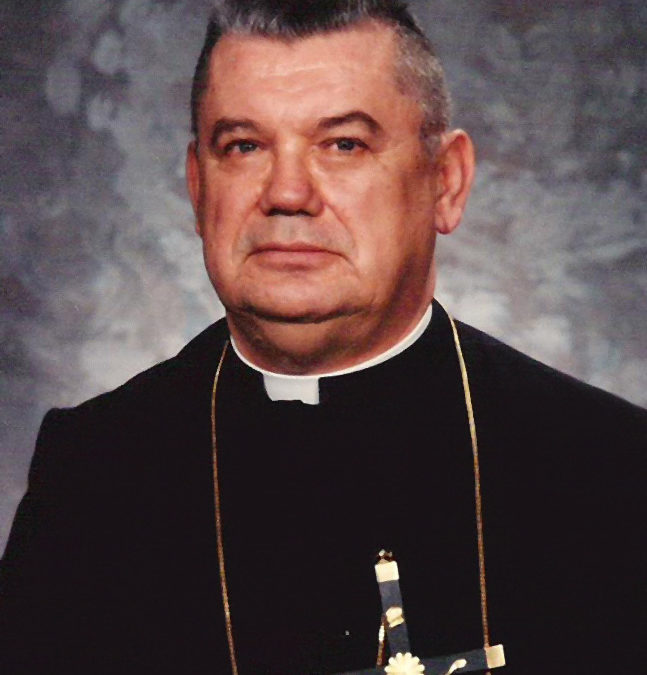 Br. Joseph Mary, who would have celebrated the 70th anniversary of his profession this year, held many positions of service to his religious community. He was an infirmary assistant at St. Charles Seminary in the 1950s, and was in ministry at Saint Joseph’s College in Rensselaer, Ind., from 1958 to 1978. There, he was the equipment manager for the college’s sports teams and later worked in its infirmary. He ministered at the Precious Blood Center in Liberty, Mo., from 1996 until his retirement to St. Charles in 2006.

Br. Joseph Mary was the last surviving member of his immediate family. He was preceded in death by his siblings and their spouses, Michael and Elizabeth Hrezo; Ann and Ralph Lubensky; Joseph and Catherine Hrezo; Mary and Michael Togger; John and Catherine Hrezo; Stephen and Mildred Hrezo; and Julia and John Natale.

A gentle soul, Br. Joseph Mary was a loyal friend who never had an unkind word for anyone. He had a great love for Mary; his room at St. Charles Center was adorned with pictures, statues and icons of her.

He enjoyed his time at Saint Joseph’s College, where he attended baseball, basketball and football games, and found the space to raise Irish setters and other bird dogs. Later, he worked in the infirmary, where he was known as someone who would take care of students without regard for his own health, particularly during a meningitis outbreak in the 1960s. A case of polio when he was a child cost him much of the use of his right side; he knew what damage disease could cause, even among the young.

Throughout his life, Br. Joseph Mary remained close to his family, serving as the family’s spiritual guide. His gentle and attentive nature had a profound impact on the lives of his nieces and nephews. He displayed equal skill at offering wise spiritual counsel to the older members of the family and relating playfully with the youngest. True to his kind and loving nature, his infectious laugh revealed a true happiness and love of life.

Br. Joseph Mary returned home to Pennsylvania from 1978-81 to take care of his mother, and there immersed himself in the life of his home parish, St. Procopius. Later, in ministry at the Precious Blood Center in Liberty, Mo., he made good friends among the religious brothers there. He enjoyed his life and ministered sincerely in service to others.

Due to health restrictions, a Mass of Christian Burial was celebrated privately on Monday, March 23 at St. Charles Center, with Fr. Jeffrey Kirch, C.PP.S., provincial director, presiding. Fr. Ken Schroeder, C.PP.S., was the homilist. Burial will follow in the Community cemetery.