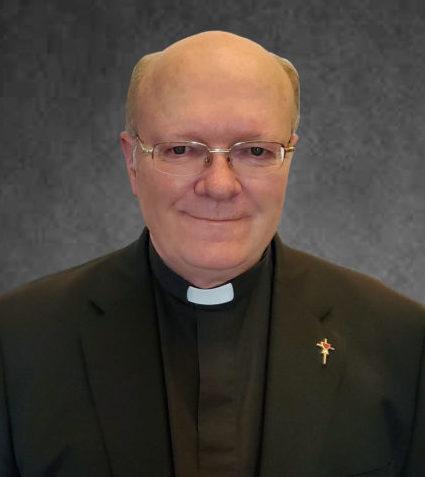 The Missionaries of the Precious Blood are pleased to announce the 40th anniversary of the ordination of Fr. Eugene Schnipke, C.PP.S.

Fr. Schnipke grew up in Cloverdale and Glandorf, Ohio. He entered the Missionaries of the Precious Blood in 1967 at Brunnerdale, the Congregation’s former high school seminary near Canton, Ohio. He was ordained on June 21, 1980.

After his ordination, Fr. Schnipke was assigned to St. Anthony in Falls Church, Va., as associate pastor. He was commissioned as a U.S. Air Force chaplain in 1984, and served for nearly 22 years.

Fr. Schnipke attained the rank of lieutenant colonel and received several major awards and decorations during his years of service.

He retired from the Air Force in 2007. In 2008, he was appointed pastor of the Marion Catholic Community, a cluster of five parishes in or near Maria Stein, Ohio. This summer, he will say goodbye to the Marion cluster as he accepts a new assignment as pastor of the Catholic Communities of Northwest Dayton (Precious Blood, St. Paul and St. Rita Parishes), effective August 1.

Fr. Schnipke and other Missionaries celebrating a milestone anniversary this year will be honored during a Mass at St. Charles Center on the eve of the Feast of the Assumption, August 15, which is also the anniversary of the founding of the Congregation. “We’re happy each year to honor our priests and brothers who have dedicated their lives to serving the people of God,” said Fr. Jeffrey Kirch, C.PP.S., provincial director. “Their many ministries inspire us and encourage us to do our best work for God’s kingdom. May God bless them for their faithfulness.”