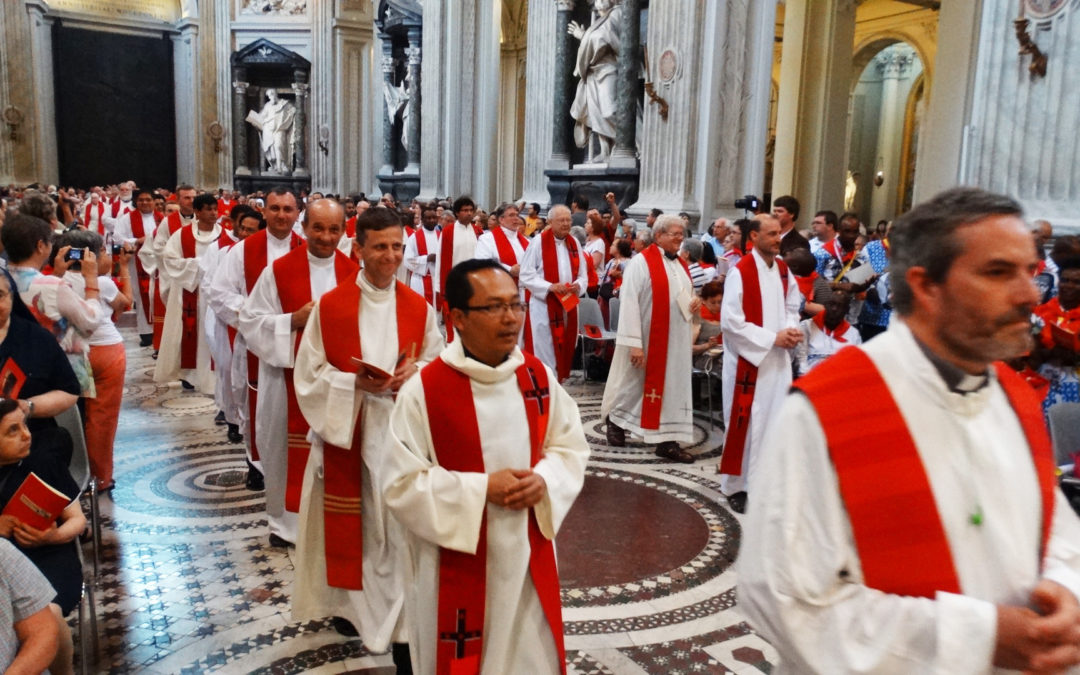 “Missionaries of the Precious Blood from around the world.”

A message for the Anniversary of C.PP.S. Founding from our Provincial Director Fr. Jeffrey Kirch, C.PP.S.

It’s human nature to think that the troubles you’re living through are the worst in the history of the world. We’re living in uncertain times in 2020, but a case could be made that our founder, St. Gaspar del Bufalo, survived a much more tumultuous period of history. He lived through—and had to overcome—great political upheavals such as the French Revolution, Napoleon’s conquest of much of Europe, and the Restoration in Italy that followed.

Gaspar didn’t curl up and wait until a period of peace and tranquility to fulfill his calling. He founded our Congregation, the Missionaries of the Precious Blood, because of the tumult in the Church and in the world. It would be a way to point people toward Jesus, toward the way, the truth and the life.

We’ve been in ministry for 205 years. What Gaspar started in a village in Italy has now spread to 20 countries around the globe. Gaspar never lost faith, even when times were tough. Even when he was sick, exhausted or had a toothache (he had famously bad teeth). He proclaimed his message about the reconciling power of the Precious Blood of Jesus before anyone who would listen. More than two centuries later, we are still listening. We are still proclaiming. Glory to the Blood of Jesus, now and forever.