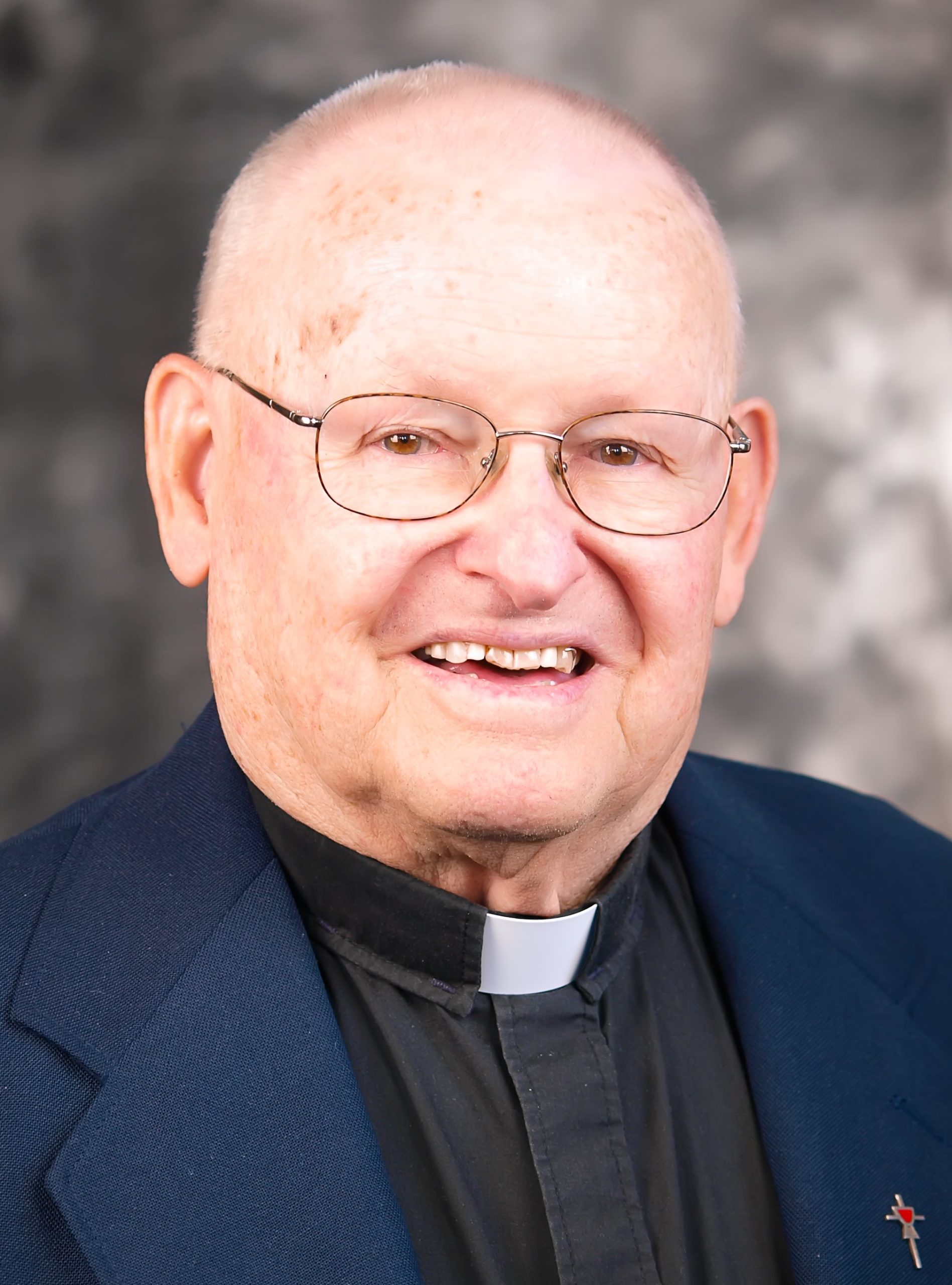 Brother Daniel Eisenman, C.PP.S., died at 9 a.m. on Sunday, November 15, 2020, in Mercer Community Hospital, Coldwater, Ohio, of complications from COVID-19. At 88, he was the oldest living religious brother in the Cincinnati Province of the Missionaries of the Precious Blood.

Brother Daniel was born on February 16, 1932, in Center Line, Mich., to John and Mabel (Doran) Eisenman. He entered the Congregation in 1945 at Brunnerdale, the Missionaries’ former high school seminary outside of Canton, Ohio, and was professed a religious brother on Sept. 8, 1952.

Brother Daniel devoted his life to the support of his Congregation. After his profession, he was assigned to the Community’s farm in Burkettsville, Ohio. In 1955, he went to work at Messenger Press, which was founded by the C.PP.S. at St. Charles Center, then a seminary, in Carthagena, Ohio. Brother Dan worked as a press operator for 21 years.

In 1976, he was assigned to outdoor maintenance at St. Charles. For more than 35 years, he planted hundreds of annuals and tended to the flowerbeds; mowed and took on other landscaping tasks. He painted rooms and hallways in the winter months.

Brother Dan also helped his fellow Missionaries in other ways. For many years, he delivered meals from the kitchen to the infirmary, and helped the priests and brothers who could no longer feed themselves. He was a Mass server in St. Charles’ Assumption Chapel for decades.

He was preceded in death by two brothers and their wives, John (Ruth) and Joseph (Alice); and three sisters Lucille (John) Yasenchak, Delores (Ferd) Grobbel, and Joan Eisenman.

Throughout his life as a religious brother, Brother Daniel did what his Community asked him to do. He knew nothing about farming when he was sent to work on the farm, but did so cheerfully. When he was sent to the print shop, he knew nothing about printing, but was willing to learn. It was in working outside that he was happiest, that and worshiping in the chapel, which he said was his favorite place at St. Charles. But he found all of his work for his religious community fulfilling. He wanted to be of service. “That’s what a religious brother does,” he said. “Help out wherever you can.”

When not working, he loved being on the golf course, and was still playing up until his final days. He started out with fishing as a hobby, he once said, but switched to golf when he found out “you don’t have to clean the golf balls like you have to clean the fish.” Ask him about his handicap, and he would reply, “My arthritis.”

While he spent most of his time at St. Charles, he developed many good friends in the area who will miss his quick smile and genial manner.