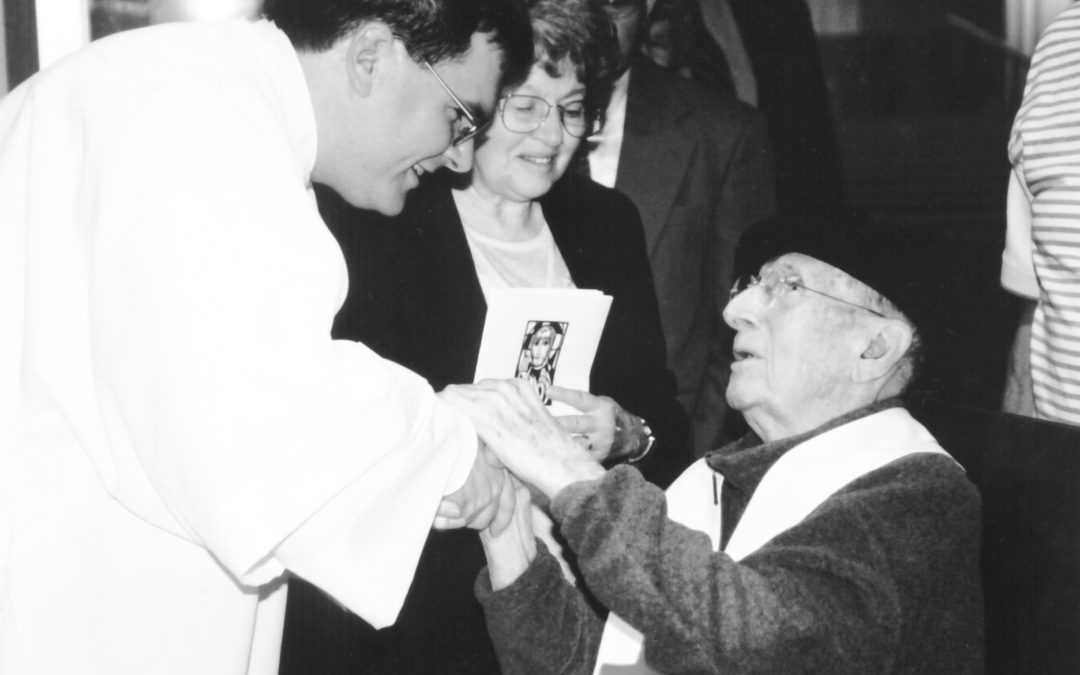 By Neil and Patricia Diller I remember him as one of the most caring people I have ever known. Regardless of who you were, the color of your skin, or your status in this life, he treated people as though they were special, simply because they were created in God’s image. In 1976, when many would be considering retirement, he decided to join his priest brother, Fr. Otto Diller, C.PP.S., who was disabled with rheumatoid arthritis and was serving as chaplain at Lourdes Hospital in Paducah, Ky. You might say Fr. Harold then began his second career. He and Fr. Otto joined forces to provide ministry to the sick and dying as chaplains at Lourdes Hospital. They became known as the “Diller Boys” and spread God’s love throughout Paducah, where Catholics were a small minority. During that time, Fr. Denis Rumschlag, C.PP.S., and Fr. Harold Diller, C.PP.S.

(Editor’s note: The Precious Blood family wrote a series of profiles of C.PP.S. priests, brothers and Companions who helped form the Congregation into what it is today. This one, an appreciation of the late Fr. Harold Diller, C.PP.S., was written by Companions Neil and Pat Diller – Neil is Fr. Diller’s nephew.)