Fr. Henry Joseph Drees has the distinction of serving the most years as provincial director, serving, either by election or appointment, for 18 years. A native of Oldenburg, Germany, and a blacksmith by trade, Drees came to the Community at the age of 28, and after three short years of training was ordained in 1861. 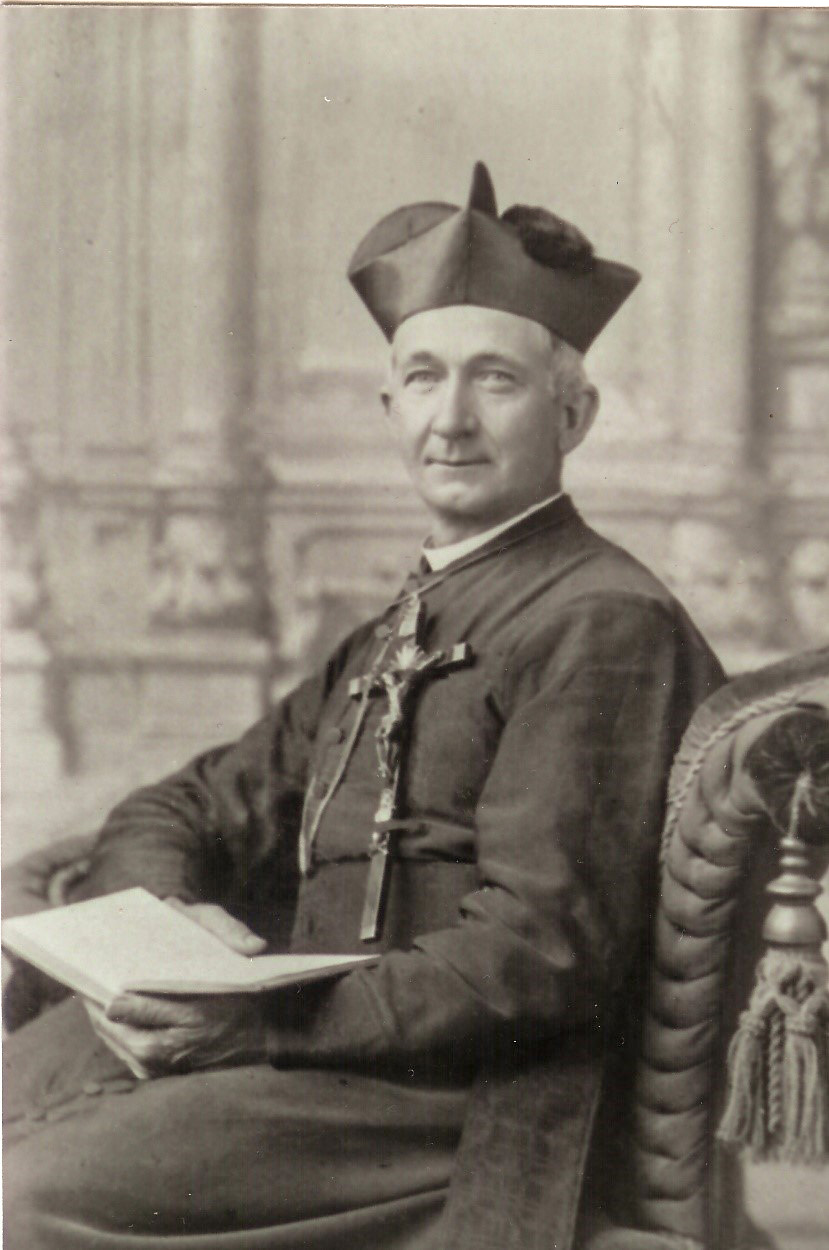 Fr. Drees may have been small in stature but was large in congeniality. Because of his meager training, he remained a student throughout his life and was endowed with an appreciation of intellectual pursuits. A man with a common touch, his sense of humor was appreciated, and the locals appreciated his preaching in Low German.

Fr. Drees had a recognized interest in preserving the Community’s history. As Fr. Drees began his provincialate, the Community found itself dispersed from coast to coast. That movement continued under Fr. Drees, but with a bit of moderation. The Community matured under Drees, who sent members to Missouri, Texas, California, Oregon and Colorado, among other places.

Drees recognized the dangers of sending out men alone to isolated places, as their ties to the Community became tenuous. These mission assignments were not permanent, but relied on the good will of the bishop who had asked for them. New missions were accepted with a view to the possibility of receiving canonically-held parishes. Under Fr. Drees, hospital chaplaincies were accepted, such as those in Chicago: St. Elizabeth Hospital in 1891, and the Alexian Brothers’ Hospital in 1894. The Community’s work in Missouri was greatly expanded, particularly in the central part of the state, with Sedalia as a center.

Two major foundations, academic in nature, took place under Fr. Drees, bolstering his desire to provide better education for seminarians. A novitiate was established near Burkettsville, Ohio, in 1884, and a college south of Rensselaer, Ind., in 1889. The purpose of the Burkettsville foundation, Mary, Mother of Divine Graces Novitiate, was to provide candidates for the brotherhood with schooling and training, including in the culinary arts.

It also had the purpose of screening all incoming candidates. The building was completed in 1894.

Fr. Drees had established a college division within Saint Charles, but hoped to have a full-fledged college. The drive behind the founding of Saint Joseph’s College at Rensselaer was Bishop Joseph Dwenger, as he wanted a college within his diocese. Dwenger had the land, but no religious order to operate it. After being spurned several times by the Benedictines, he pressed his own Congregation into that responsibility. Fr. Drees assented, for he saw the clear benefit for seminarian education, the opportunity to preserve regular Brunnerian community life, and provide a means for attracting American vocations.

The first class commenced in 1891. In close proximity to the college was Saint Joseph Indian School; its founding predates that of the college. Using funds from St. Katharine Drexel, the Bureau of Catholic Indian Missions founded the school in 1888, and wanted an experienced religious order to run it. Bishop Dwenger, however, recommended his own Precious Blood Missionaries. The school closed in 1896, and the Community took it over, eventually buying it in 1899. Here, the printing endeavor of the Community, the Messenger Press, came into existence. It printed two publications, The Precious Blood Messenger and its German counterpart, Der Botschafter, to promote devotion to the Precious Blood for the benefit of the souls in purgatory. The brothers were engaged as typesetters, printers, agents and editors.

Fr. Drees encouraged publications, and the first Community publication, the Nuntius Aulae (“Messenger of the Hall”) was printed in 1896 at St. Charles. Its articles were to be studied in preparation for periodic priests’ conferences. Written communications were important to Fr. Drees, who penned numerous circular letters for the well-being of the Congregation.

A monumental event occurred under Fr. Drees’ leadership. It was a decision that radically changed the nature of the Congregation as Fr. Brunner had envisioned it: the separation from the sisters. After frequent requests from the moderators general in Rome, a decree from the Vatican on the separation of mixed orders finally forced the issue.

Fr. Drees headed the committee overseeing the separation and the resolution of property ownership. He also represented the interests of the sisters. In the end, nine houses with all assets were awarded to the sisters. The men kept only St. Charles and St. Mary’s, as the novitiate at Burkettsville came to be called. The sisters came under the direction of Archbishop Elder of Cincinnati, who appointed Fr. Drees as priest-director of the sisters, as his representative on the community board, and as advisor in spiritual and temporal matters.

After his terms in office, Fr. Drees assumed the post of chaplain to the Precious Blood Sisters at Mary, Help of Christians Convent in Maria Stein, where he died.