A Time of Abundance, A Time of Scarcity 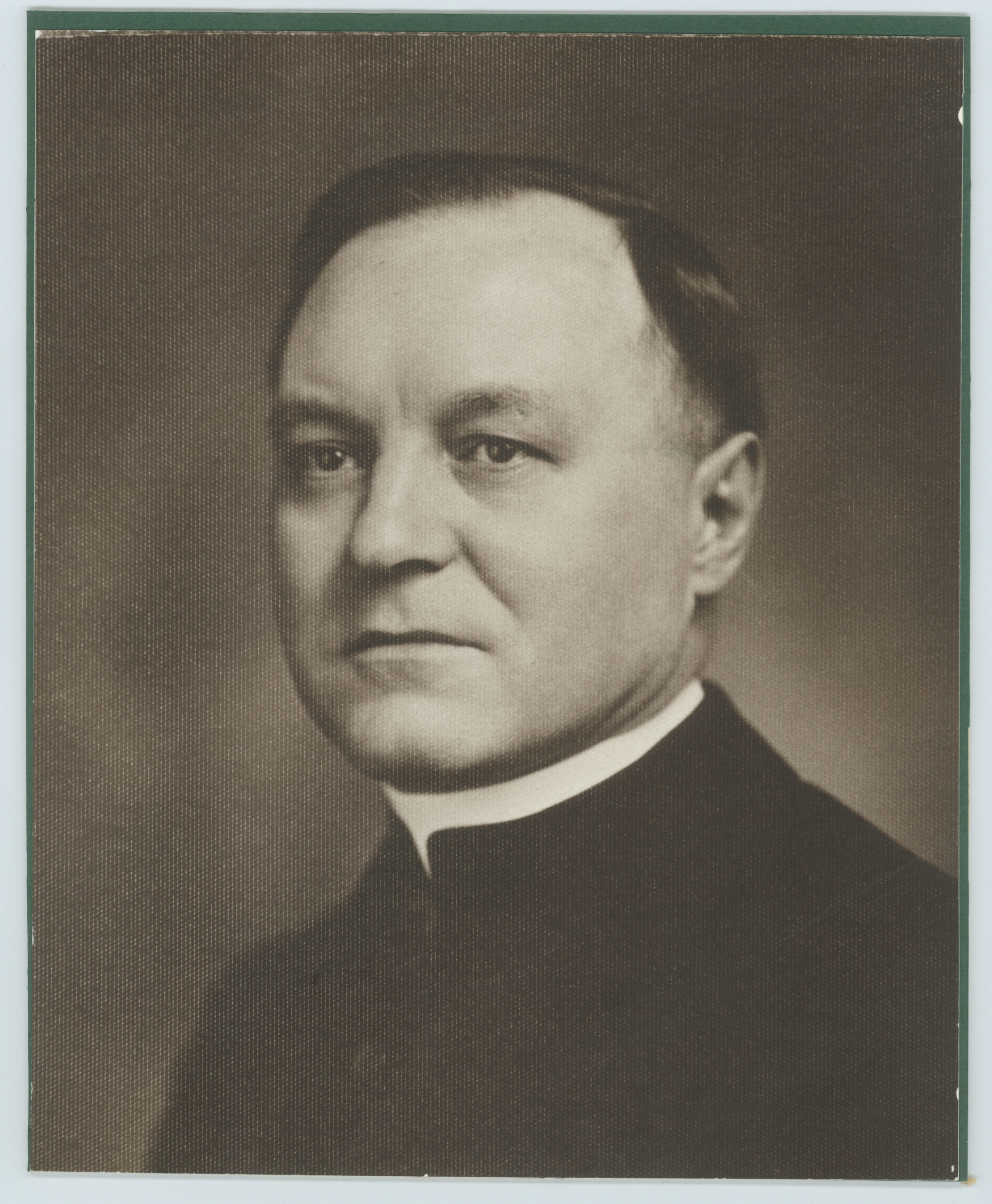 A native of Coldwater, Ohio, Fr. Ignatius Wagner, C.PP.S., was a bright and energetic man who earned a Ph.D. in chemistry from Catholic University in 1912, the first member of the Congregation in the United States to receive such graduate education. He became president of Saint Joseph’s College in 1916 at the age of 33, and during his term as president he built the Science Building, powerhouse, and acquired the Indian School farm.

Fr. Wagner was provincial director from 1926–1938, a time when vocations had become abundant. At the beginning of his term there were 171 priests, double the number that existed 28 years earlier. There were also 64 major seminarians and 170 minor seminarians, perhaps due largely to the efforts of his predecessor, Fr. George Hindelang, C.PP.S. This very abundance became something of a problem. According to one account, Wagner asked at one provincial assembly, “What are all these priests who will be ordained going to do?” (The number of brothers, meanwhile, had declined from 65 to 54.)

One result was that a new apostolate emerged: C.PP.S. priests serving as assistants in diocesan parishes, often with difficult pastors with whom diocesan clergy refused to live. This practice continued at least into the 1950s. At the same time, the formation program became more selective, with seminarians being dismissed for what would later appear to be trivial reasons.

Fr. Wagner had to guide the American Province through the Great Depression. He instituted a program of frugality, reducing the monthly stipend from $20 to $12.50. Seminarians during those days recall working harder and eating cheaper food as well.

At the same time, the province expanded remarkably during his term. Brunnerdale Seminary was completed in 1931, and three mission houses were acquired in Maryland, Pennsylvania and Virginia, to accommodate the C.PP.S. priests on the “mission band,” which now counted nearly 20 priests. All of these houses were later sold.

Although Fr. Wagner did not choose to commit the province to foreign missions (the Philippines and Brazil were apparently proposed), the province accepted three “Negro” parishes in in 1936–1937: in Huntington, W.Va.; Sedalia, Mo.; and Cleveland. In Kansas, Fr. George Spaeth, C.PP.S., began to minister with Mexican immigrants during World War II.

At the end of Fr. Wagner’s term as provincial, the number of priests had grown from 171 to 266, and from 64 to 110 major seminarians. (The late Fr. Len Kostka, C.PP.S., would have been one of those seminarians. He was ordained in 1940.) It should be noted that during his term, the first English biography of St. Gaspar appeared, a translation of the Sardi text translated by Fr. Edwin Kaiser, C.PP.S.

Fr. Wagner’s two terms as provincial director came during a very difficult time in the United States, and he apparently met the challenge with decisive actions that undoubtedly were not popular with many members. Certainly Fr. Wagner must have embodied the trust and optimism that led to the expansion of the pastoral activity of the C.PP.S. during his term of office and for subsequent years.

(Much of the information in this article was found in An Interpretative Essay on the History of the American Province, C.PP.S., by the late Dominic Gerlach, C.PP.S.)