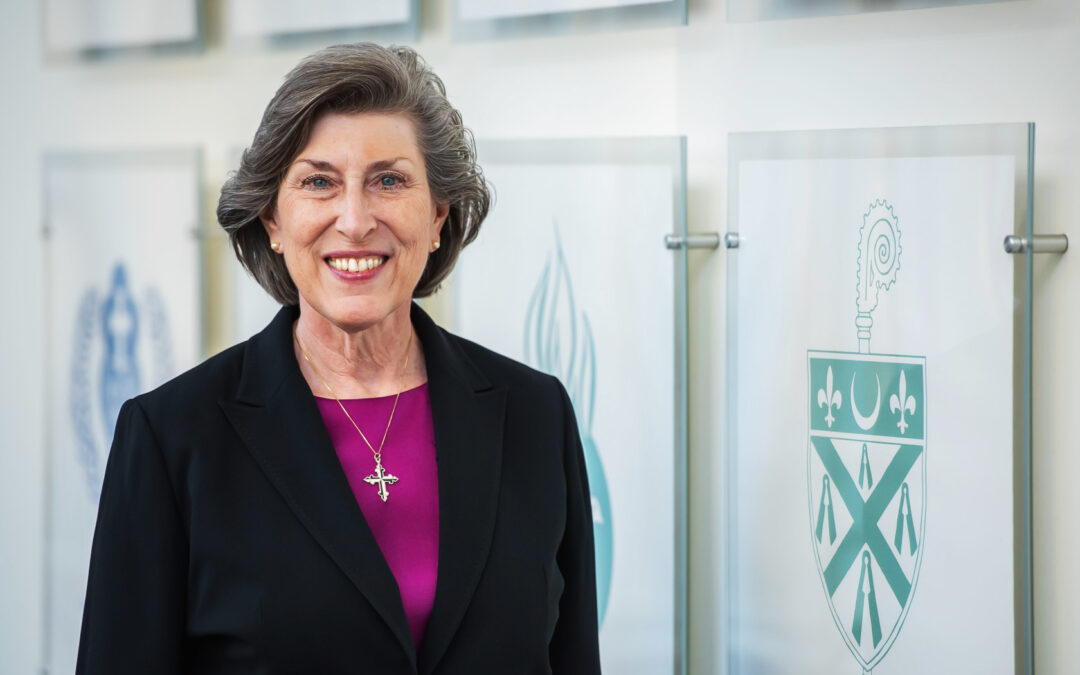 Sr. Barbara Reid, OP, is the new president of the Catholic Theological Union (CTU) in Chicago, where candidates to become Missionaries of the Precious Blood study for advanced degrees and prepare for lives as priests or religious brothers.

Sr. Barbara is the first woman to be president of the 52-year-old institution. While she is new to the position, she is not new to CTU, having been on the faculty since 1988. She is one of the leading scholars in feminist interpretation of the Scriptures and is an award-winning author and editor. During her years at CTU, she has led frequent study tours and retreats to the Holy Land.

CTU is a partnership of 24 men’s religious communities (including the Missionaries of the Precious Blood) that are its corporate owners and have authority over the institution. But that’s just the foundation—there’s so much more.

The people of CTU consist of “lay women and men, religious men and women, old and young, ordained and not ordained, of all different ethnicities, from all different countries around the world,” 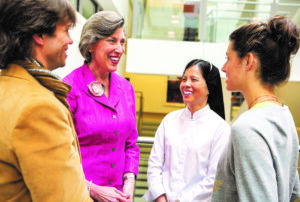 Sr. Barbara said. “About a third of our students come from outside the U.S., from 40–45 different countries. To have all of us learning together, ministering together makes for really a unique place. Each person brings so much richness.”

CTU cultivates an atmosphere of welcome, spirituality and intellectual curiosity. “There is an immediate instinct of hospitality and welcome. Everybody here at CTU exudes that,” Sr. Barbara said

To create that atmosphere has been an intentional ministry, shared by CTU’s administration, staff and students. “It doesn’t just happen that everybody dwells in peace and harmony here because we are committed to ministry in the Church,” she said. “One of the things I am so grateful for, is that so much of the work we have tried to do here at CTU is about peacebuilding and reconciliation (and I know this is dear to Precious Blood spirituality). We try to interact with respect, listening and dialogue. How we go about transforming conflict can really be a model for how you can do this in the wider Church and society.”

CTU students, are encouraged toward “a passionate commitment to the Gospel and a Gospel way of living,” she said. “It’s not just about head knowledge. They are to give effective witness in word and in deed, to embody the Gospel in ways that exude Christ’s love, and a passion for justice and especially social justice.”

Having men and women together in the classroom allows them to learn from each other and provides greater insights for all, Sr. Barbara said.

“Some seminaries insist on the separation of men preparing for ordination and women preparing for ministry,” she said. “Here at CTU, the founding mission was to prepare men for priestly ministry. But only two years into CTU’s existence, they admitted the first lay women. From that point on, it has been CTU’s mission to prepare all kinds of ministers for all kinds of ministries. Any class is open to anybody.

“It’s so important to have men and women in the same classes. Men and women have to work together in ministry. Some of our students have told me what a huge impact it has had on them to have women professors and women classmates who have helped them see there are other perspectives they need to keep in mind. And they are grateful for it.”